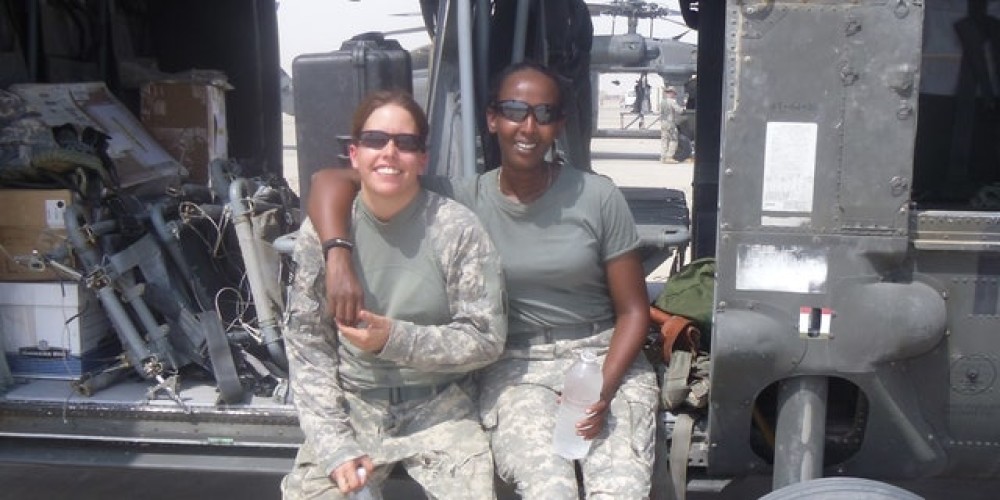 Former Somali refugee and national veteran of the U.S. military is now running against Minnesota Representative Ilhan Omar in an endeavor to fund the police, secure America's borders, and preserve the American dream she now lives after fleeing a socialist dictatorship.

Mom of three Shukri Abdirahman, a Republican candidate to unseat the 'Squad' member, spoke to Todd Piro on "Fox & Friends First" about her run for Congress. Her criticism of Omar's far-left agenda regarding illegal immigration is "upsetting to see."

Abdulrahman said she waited in the "slums of Kenya" to go through vetting procedures to get into the U.S.

She said, "We have open borders, and no one is getting vetted. We don't know how dangerous these people are to our livelihoods."

Trying to escape the socialist dictatorship in her country, Abdirahman spent three years in Kenya before landing in the United States at age 13.

Abdirahman committed herself to serve the nation she now calls home after the Black Hawk Down incident. She served over a decade in the Army.

"I don't believe vetting is racist," Abdirahman stated. "I don't believe that securing our borders is racist. We must keep our nation safe and the right people must come here."
Politicians and government leaders are all responsible for protecting our sovereign nation and our people, she said.

A week ago, Omar announced her intention to run for reelection in 2022.