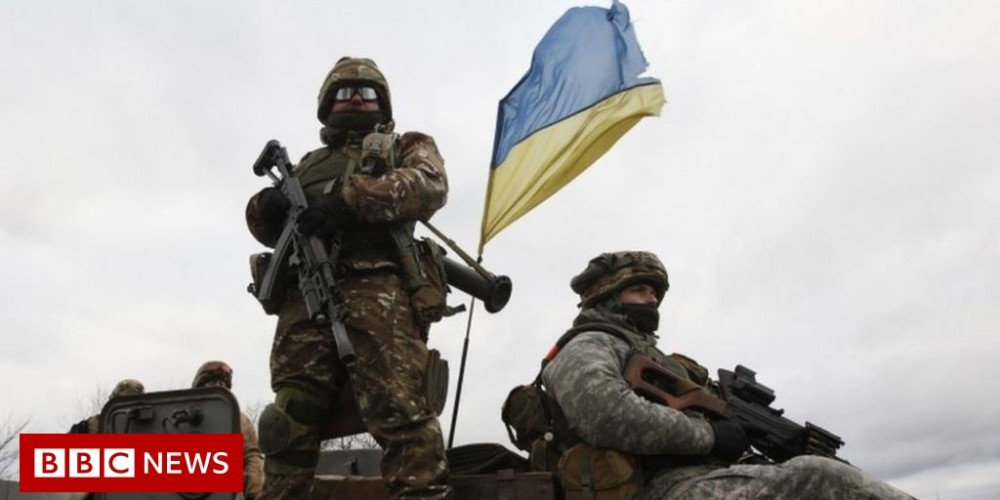 Imagine the most traumatic thing you’ve ever been through. Now, imagine not being able to escape it. It’s the first thing you see on television when you wake up, it’s highlighted in red on the front page of every website you visit, and it’s the topic of conversation in the breakroom at work. This is the thing that caused you to go to therapy, resulted in you drinking more, or isolating yourself from your family and friends.

This is my reality as well as that of other veterans that I’ve talked to recently. Recently, the war in Ukraine has been on every medium imaginable. Before I get into the meat and potatoes of my blog, let me say that I hope that there is a peaceful and democratic end to that war. The bloodshed and loss of life have been going on for a month and the entire world can empathize with the people of Ukraine.

However, seeing that bloodshed and loss of life on all mediums is very traumatic to the veteran population here in America. I think people forget that our 20-year war in Afghanistan just ended in November 2021, just over 200 days ago. PTSD (Post-Traumatic Stress Disorder) doesn't necessarily fade with time. It can be triggered by watching and listening to events similar to past trauma. According to a 2011 journal article, "The Paradox of PTSD," clinicians who studied other traumatic events "as varied as rape and the Holocaust supported the idea that symptoms could appear months or even years after the exposure to the stressor.” I went through my trauma in Iraq in 2007, however, the recent events on the news bring everything to the forefront of my mind.

I was watching a news broadcast recently and I saw bombs dropping on a building in Ukraine. The reporter on the scene went on to describe in detail the death and destruction happening behind them. There was one news report that showed a dead soldier laying on the pavement this week. It all looked like some of the destruction that I saw while serving in Iraq. IEDs (Improvised Explosive Devices) were the weapon of choice during the war on terror, turning cars on the side of the road into heaps of burned, twisted metal.

There are some sounds on TV that are the same sounds I heard on the front lines in Iraq. There are other veterans whom I’ve talked to that have said they can’t watch the news because they’ve lost friends in similar incidents that we are seeing in Ukraine. There are veterans, like myself, that were injured over 10 years ago. However, having constant visual reminders of our combat triggers our PTSD.

Anyone that has experienced a traumatic event may have symptoms of PTSD (anxiety, avoidance, substance abuse). According to a 2009 journal article, “The stressor definition in Diagnostic and Statistical Manual of Mental Disorders requires that 'the person experienced, witnessed, or was confronted with an event(s) that involve actual or threatened death or serious injury or a threat to the physical integrity of self and others,' and which evoked “intense fear, helplessness, or horror."

In February 2014, football star Ray Rice assaulted his wife in an elevator, knocking her out and dragging her unconscious body out of the elevator. Victims of domestic abuse were furious and spoke out about their experiences dealing with domestic violence. Thousands of women gave testimonials about the trauma they experienced while watching that video. Many of them were abused years before the Ray Rice incident occurred. As a result, the NFL suspended Ray Rice and he never played in the NFL again.

Trauma gets buried deep in our subconscious, and even after years of counseling or therapy, can be triggered. Today, people are uploading TikTok videos from the front lines in Ukraine. With that, many veterans are reliving the most traumatic moments of their lives.

Post-traumatic stress can last an entire lifetime. The soldiers and the civilians in Ukraine are facing multiple traumatic events daily. These events are likely to cause mental trauma to everyone in Ukraine. The soldiers who survive fighting in Ukraine will have a long recovery ahead of them.