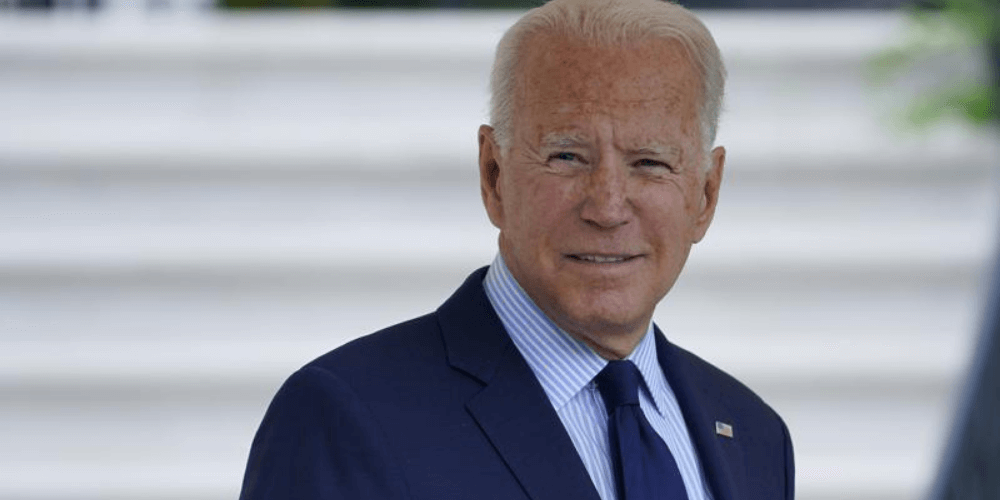 WASHINGTON — President Joe Biden is making his first visit to an agency of the U.S. intelligence community, looking to emphasize his confidence in national security leaders after his predecessor's incendiary battles against what he often derided as the “deep state.”

Biden is scheduled Tuesday afternoon to visit the Office of the Director of National Intelligence, which oversees the 17 U.S. intelligence organizations. The White House said in a statement that Biden intends to express “admiration for their work and underscore the importance for our national security of intelligence collection and analysis free from political interference.”

President Donald Trump visited the Central Intelligence Agency on his first full day in office, praising the agencies but also airing personal grievances. Standing in front of CIA’s memorial wall with stars marking each of the officers who have died while serving, Trump settled scores with the media and repeated false claims about the size of his inauguration crowd.

The relationship between the intelligence community and the president "went downhill from that very day,” said Glenn Gerstell, who then served as general counsel of the National Security Agency and stepped down last year.

Trump would go through four permanent or acting directors of national intelligence in four years and engaged in near-constant fights with the intelligence community.

In particular, he was angry about its assessment that Russia had interfered on his behalf in the 2016 presidential campaign and its role in revealing that Trump pressured Ukraine to investigate Biden, an action that ultimately led to Trump's first impeachment. Trump eventually fired the inspector general at the national intelligence office — the internal watchdog who brought that pressure to light.

By contrast, Biden has repeatedly insisted that he would not exert political pressure on intelligence agencies, a message repeated by his top appointees. He also came to office with a long history of working with intelligence officials as vice president and serving in the Senate.

The president has already called on National Intelligence Director Avril Haines with several politically sensitive requests. Perhaps the most prominent is an enhanced review of the origins of COVID-19 as concerns increase among scientists that the novel coronavirus could have originated in a Chinese lab. Biden set a 90-day timeframe and pledged to make the results of the review public.

Haines and CIA Director Bill Burns are also investigating a growing number of reported injuries and illnesses possibly linked to directed energy attacks in what's known as “Havana syndrome.” The CIA recently appointed a new director of its task force investigating Havana syndrome cases, an undercover official who participated in the hunt for Osama bin Laden. And intelligence agencies are having to adapt to the military withdrawal from Afghanistan, with growing concerns that the Taliban may topple the U.S.-backed central government.

Haines and Burns have also said that their review of COVID-19 origins may be inconclusive, probably disappointing lawmakers and observers who have pushed for more aggressive action against China.

White House Press Secretary Jen Psaki said Monday that Biden was not likely to make Trump “a central part of his message" during his visit.

“He’s someone who believes in the role of the intelligence community of civil servants,” she said. “He believes they’re the backbone of our government and certainly he’ll make that clear.”

Harry Coker, a former National Security Agency and CIA senior official who advised the Biden transition team, said he expected the president to discuss threats from China and his priorities for dealing with Beijing. Coker also expected Biden to address sagging morale within the national intelligence office and make clear his interest in “wanting the truth whether anyone perceives it to be good or bad."

Former officials said Biden's choice of visiting the national intelligence director before the CIA was significant because it makes clear he wants Haines to be considered his principal intelligence adviser. When her office was created in 2005 to better coordinate intelligence sharing following the 9/11 attacks, it subsumed a leadership role once held by the CIA director. Since then, agencies and leaders have periodically fought for pre-eminence, causing concerns that some agencies' views are more strongly heard than others.

“I think we’ve had a couple of presidents in a row where the supremacy of the DNI was put in some question either through the selection of people they chose in the job or how they engaged with the community,” said Larry Pfeiffer, a former senior official at both the CIA and the intelligence office who now leads the Hayden Center at George Mason University.

Pfeiffer said he strongly supported Biden's visit and also hoped the president would eventually visit the memorial wall where Trump spoke in January 2017.