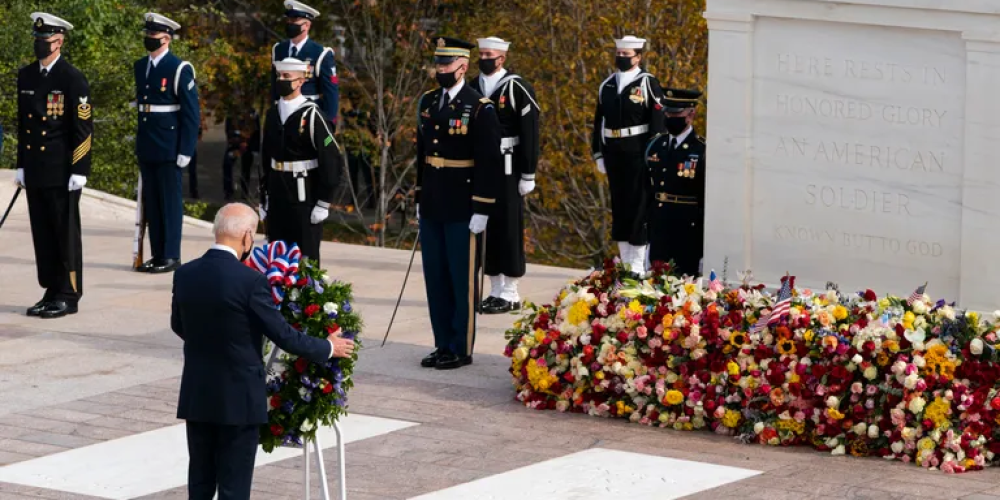 President Joe Biden pledged to honor and remember America's fallen forces in remarks delivered to veterans and their families at Arlington National Cemetery.

"If we forget what they gave up, what they built so that our country might be strong, free, and unified," Biden added, "then we forget who we are." "Today, we repeat our holy commitment to remember, a simple vow."

Biden spoke of his son Beau, a decorated National Guardsman who served in Iraq before succumbing to brain illness seven years ago Monday, and how pain and pride collide on days like Memorial Day.

The president also addressed the conflict in Ukraine, describing people resisting the Russian incursion as part of a more significant global battle.

The president and first wife, Jill Biden, had a brunch in the East Room of the White House with veterans, military service and military families groups, senior Defense Department officials, and other government officials before traveling to the cemetery in Arlington, Virginia.

The Bidens started their day in Delaware, where the president paid his respects to Beau Biden's grave.

Besides Vice President Biden and his wife, Kamala Harris and her husband Doug Emhoff also attended the Arlington ceremony. The president delivered a speech at the Memorial Amphitheater following the ceremony. Among the speakers were Joint Chiefs of Staff Chairman Mark Milley and Secretary of Defense Lloyd Austin.

Later that afternoon, the Bidens joined the families of fallen servicemen on the South Lawn of the White House to plant a magnolia tree.