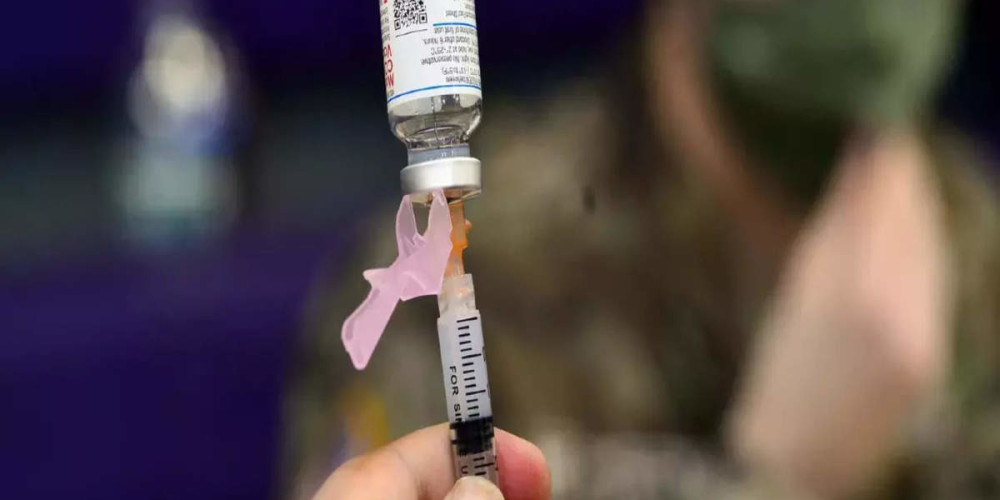 Due to the latest COVID-19 variant outbreak, the Department of Defense (DOD) is recommending booster shots for anyone who is eligible. In addition to sweeping across the country, the virus has sickened a Navy ship and infected staff.

The latest guidance says those at least 18 years old who have completed their initial vaccination should consider scheduling an appointment through TRICARE to receive the booster shot - though, for now, it is not required. The memo signed by Gil Cisneros, undersecretary of personnel and readiness, says that means all service members, civilian employees and dependents.

After an order by Defense Secretary Lloyd Austin in August, the majority of troops are now protected against the Coronavirus. The Department of Health reports that nearly 1.6 million people have been fully vaccinated with one or two shots of approved vaccines.

According to detailed tracking by The New York Times, the highly contagious Omicron and persistent Delta varieties have pushed daily average cases over 243,000 in the past two weeks, a 105% increase.

Although the Pentagon has not published statistics on booster shots, signs of the latest pandemic wave within the military have surfaced in recent days.

The littoral combat ship USS Milwaukee is stranded at Guantanamo Bay because 25% of its crew, about two dozen sailors, is infected. The Navy said all crew members were fully vaccinated, but that did not prevent the ship from becoming the first confined to port this year due to the pandemic.

Approximately 1,271 sailors contracted COVID-19 during the quarantine of the USS Roosevelt aircraft carrier in Guam in 2020. In the carrier outbreak, there were no Coronavirus vaccines available and troops were not inoculated.

Visits made without previous confirmations will not be permitted. Supervisors will try to keep occupancy rates at 40%, while letting as many people work from home as possible.