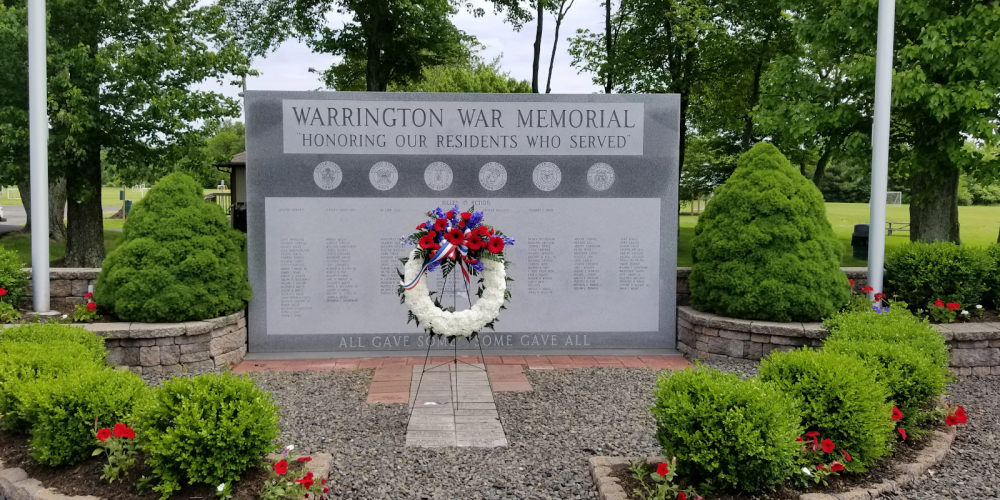 Families can remember a veteran or loved one in a special way this Memorial Day by purchasing an engraved brick for the walkway to the Penndel Veterans Memorial.

Members of American Legion Post 436 in Penndel have undertaken a revitalization of the memorial which was built in the late 1940s to honor veterans who served in both World War I and World War II, but the bricks can be used to honor any veteran.

The Veterans Memorial is located at the entrance to Penndel Memorial Park on Hulmeville Avenue.

"It needed some tender loving care," said Jerry McHugh of Langhorne, chairman of the project for the American Legion Post. "We're raising funds selling one brick at a time."

The memorial has 130 engraved bricks installed, another 20 on order that will be installed before Veterans Day in the fall and room for another 200 engraved bricks. Originally, the post members wanted to reserve them for veterans but then decided to open it up to remembering other loved ones as well, both living and deceased. The bricks are $100 for a 4-inch by 8-inch brick or $175 for a 12-inch by 12-inch brick.

"The memorial stands as an uplifting remembrance and beacon of hope for us all. It is incumbent upon our generation to provide the same experience for our children and grandchildren," the American Legion Post wrote in announcing the drive last year.

"We have quite a few to sell yet," McHugh said. "As we sell them, we take a blank brick out and install an engraved one. It's an ongoing project." The project also includes a custom designed keystone that is 6-feet in diameter and features the symbol of the American Legion.

McHugh, who grew up in Penndel where his father ran a construction company, said the original war memorial was in front of the old Penndel Fire Co. building but when that was converted into apartments, it was moved to its current location at the entrance to the ballfield off Hulmeville Avenue. He served 30 years in the Army Medical Reserve Corps where he worked in medical intelligence and in a blood dispensary unit.

He was called up to active duty during Operation Desert Storm.

Other members of the Legion team who have worked on the project include Bob Niemczyk, Jack Pashley, Matt Pashley, Paul Shanahan Terry Higgins, Tom Nichololes and Tom Nichololes Jr.

A ceremony to honor the veterans will take place at the memorial from 11:30 to noon on May 28, the Saturday of Memorial Day weekend. It follows a parade on Bellevue Avenue from Hulmeville Borough to Woodland Avenue to Hulmeville. The memorial will be re-dedicated on Veterans Day in the fall.