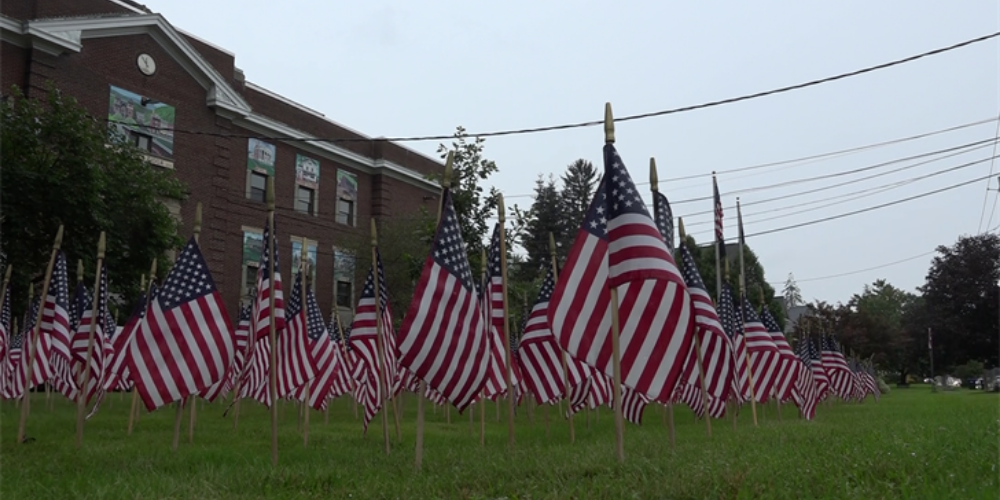 To promote awareness, for the 4th straight year, it unveiled its "Field of the Forgotten Fallen."

This exhibit will stay up throughout the entire month, bringing awareness to the natural tragedy that is veterans' suicide.

On the lawn of the County building, you will see 660 flags; the rows are not perfect as a way to represent the broken path these veterans walked. Director of Veterans Services Mike Middaugh says the invisible wounds are easy to overlook.

This year, the field is dedicated to David Hill of Elmira. Hill committed suicide back in October of last year.

He was in the Air Force from 1970 to 1974, a few years later, he returned as a Marine, eventually retiring in 1992. Congressman Tom Reed Junior spoke about his own father.

His father served 20 years in the Army in World War 2 and Korea. He was awarded multiple purple hearts as well as a silver star during his time in the military.

For the first time, Reed shared something personal about his father.

"He was one of those individuals that succumb to those injuries at his own hands, 20 plus years later. When your own father commits suicide, it leaves a hole and it leaves a scar," says Reed.

Reed was only 2 years old when his father passed away.

Another community member, Rick Neild got up to share his story.

His son, Captain Tim Neild served 18 and a half years in the military, retiring after a traffic accident that occurred in 2012.

Neild said back in October of 2017, Tim gave into his demons within and completed his suicide.

He says there isn't a room in his house that when he goes in there, he doesn't think of or picture Tim.

However, he shares the one thing he learned from his experience with his son's passing.

Reed also says that what they did is something we can never comprehend, but we understand the pain and we stand with them and say we will never forget.