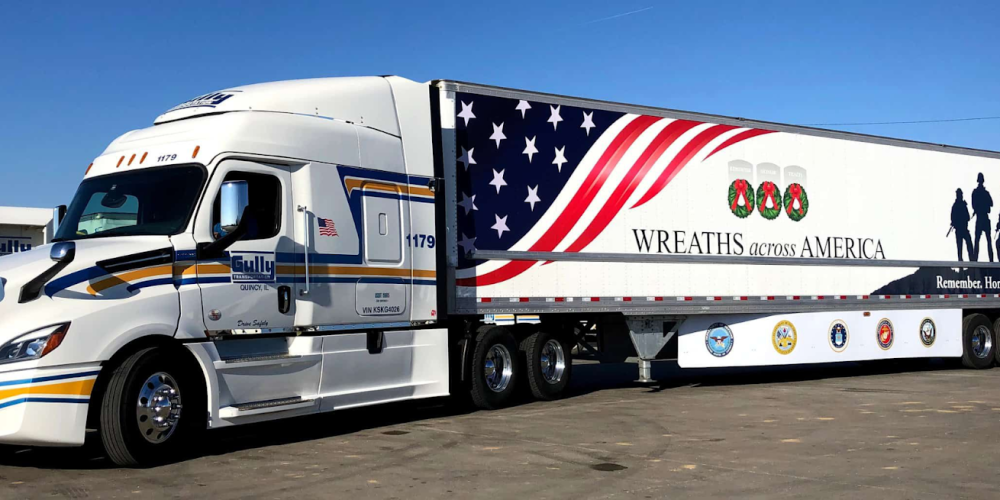 2021 Nebraska Truck Driver of the Year Raymond “Animal” Brooks sports a beard about as large as his passion for honoring the nation’s veterans.

“I’ve had it longer than you’ve been alive,” Brooks said during an appearance on “Morning in America.”

The Marine Corps veteran was honored after driving more than 4.5 million miles without a single accident or getting a single ticket.

As the middle child of eight kids growing up in Kansas City, his mother gave him the “Animal” nickname for “a little temper” he once displayed.

But now, he attributes his cool and calm demeanor behind the wheel to “all the people around me.”

“I had a lot of good people take me under their wing,” he said. “And show me what to do and what not to do.”

Brooks appreciates the trucking honors bestowed upon him, but as a proud representative for Wreaths Across America, his driving passion is to honor the nation’s veterans.

Wreaths Across America is a national nonprofit that works to honor veterans by placing a wreath on the gravesite of every American service member — including overseas.

Brooks has been driving loads of wreaths to a veteran’s cemetery in Colorado now for four years.

“Well, that’s one of the two best loads, honors I can do,” he said. “My first one, of course, is making it home and spending time with my children and my wife. But my second favorite load is Wreaths Across America.”

Riding for a reason: Nonprofits raising awareness of veteran suicide

Every December Wreaths Across America coordinates wreath-laying ceremonies across the United States, but an even more significant part of its mission is to remember, honor and teach all year long.

“It’s just heartwarming,” he said. “It brings a tear to your eye every time you pull in or see all these people cheering for you to be there.”

The organization developed a plan to safely place the wreaths at Arlington National Cemetery and across more than 2,500 additional locations in all 50 U.S. states, at sea and abroad.

“It’s an honor to pay back a little bit,” he said. “They’ve done something that we haven’t done and gave their life for this country. And everybody needs to show them the respect that they deserve.”