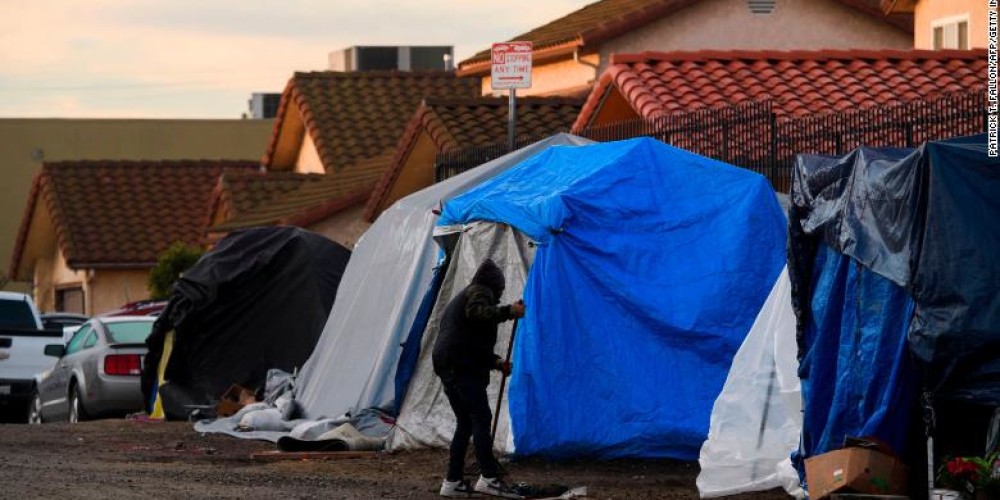 In 2014, the mayor of Los Angeles made a bold promise: to end veteran homelessness in this city by the end of 2015. He didn't.

There are, by latest count, still more than 3,600 homeless veterans here, down just a few hundred in five years There are more homeless vets in Los Angeles than anywhere else in the country.

Meanwhile, abutting beautiful Brentwood in the affluent west of the city lie 388 acres managed by the Department of Veterans Affairs. Much of it was gifted to the nation in 1888 on one condition: that a home for disabled soldiers "be thereon so located, established, constructed and permanently maintained." This land, say advocates, could and should be the solution.

But today just a few hundred veterans live on this land, which is about half the size of New York's Central Park. Many of them are in a nursing home run by the state of California. The federal government leases 10 acres to UCLA for a baseball field, the home of the Bruins. Vets do get free tickets to games. And, in apparent violation of an act of Congress, another chunk is leased to an energy company that drills for oil here.

Another 22 acres are leased to Brentwood School. The exclusive private school has built an athletics track, tennis courts and a swimming pool, which, according to its architect, was "conceived as a theater for swimmers."

"It's really kind of disgusting to see," said Rob Reynolds, an Iraq War veteran who says he spent time on the streets around here, waiting for treatment for post-traumatic stress disorder.

“When you see people who raise their right hand to serve our country sleeping and dying on the street, and you have one of the most elite private schools in the country charging $40,000 per year per student, and they have immaculate amenities and the veterans are living in squalor, it just doesn't make any sense."

The bulk of this land was donated 135 years ago by a senator and a businesswoman named Arcadia Bandini Stearns de Baker. "My great-great-grandmother was her sister," explained Christine Barrie at her home just down the road. "It's scandalous," she added about the current uses on the land. "It wasn't given to anybody but veterans. For a home."

Barrie now leads a fund to renovate the dilapidated chapel overlooking busy Wilshire Boulevard in the hope it will become a symbol of what this campus once was and should be.