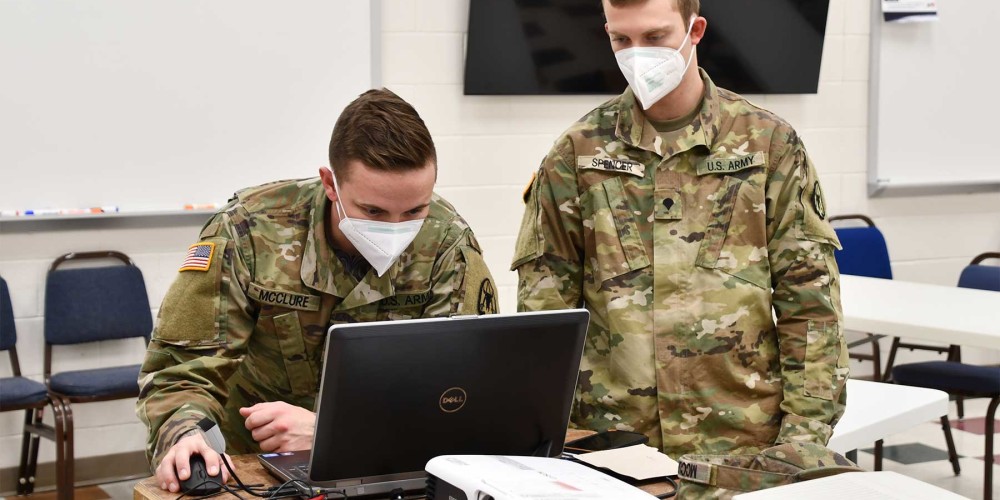 Veterans and spouses with an interest in the tech industry can enroll in a new program that offers free education and paid fellowships at 400 corporations nationwide as well as access to a job network.

The program, called Career Forward, was announced via a webinar in November. The Department of Defense's Hiring Our Heroes organization is offered, which is funded through a $10 million grant from the U.S. Chamber of Commerce. Under this program, 8,000 participants will be provided with financial assistance.

The program consists of three steps, which the participants will follow.

To earn a Google career certificate, students will first have to enroll in an online educational platform called Coursera.

After completing the certificate program, which takes around three to six months, participants can apply for a paid 12-week fellowship at one of the Hiring Our Heroes network companies.

The program graduates can also apply to Google's employer consortium, which considers them for related job openings, once they have completed certification and fellowship.

"We realize that a conventional four-year degree is not the only path to career success for everyone," Eric Eversole, president of Hiring Our Heroes, announced. “The certifications, such as career certificates, give employers assurance that candidates possess the skills, drive and commitment to be successful in any position."

Veteran, active duty, veteran spouses and active-duty members preparing to transition out of the military living in the United States are all eligible to register and benefit from the program. Personnel stationed overseas and their spouses within one year of returning stateside can also register.

Approximately 60% of veterans lack a college degree, according to the Bureau of Labor Statistics. As of September, where the most recent data are available from the Department of Labor, veteran unemployment was 3.6%, while the national unemployment rate was 4.8%.

The Hiring Our Heroes organization administers a number of industry-specific training programs, for example, a Salesforce fellowship, a Toyota technician training program and a fellowship for people working in the solar energy industry. The program has graduated almost 5,000 veterans and military spouses, with 92% of veterans and 86% of military spouses finding full-time employment as a result of participating in the program.