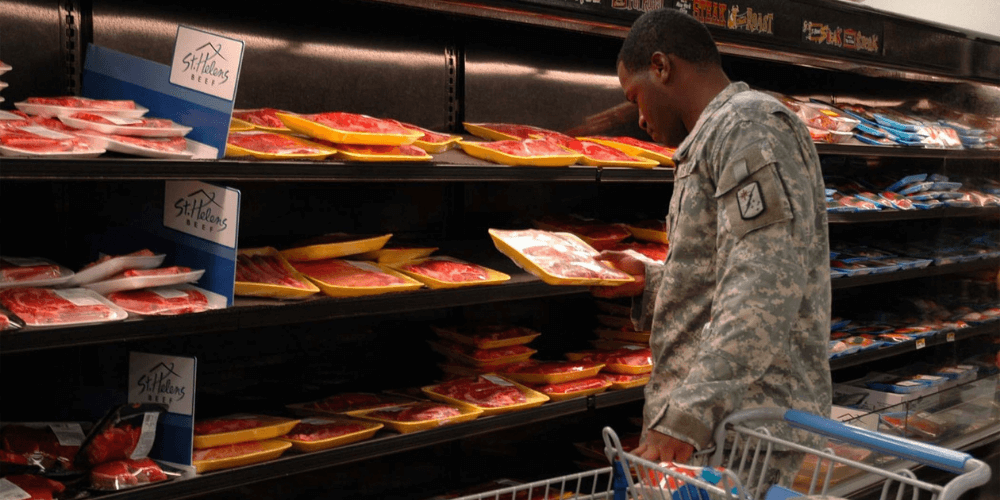 A House panel is weighing a $770 billion defense policy bill that includes a provision to give lower-income military families a basic needs allowance -- a stipend that advocacy groups say would relieve stress and "food insecurity" among U.S. troops.

The draft of the House's 2022 National Defense Authorization Act was released Tuesday. It contains a provision similar to the Senate's proposal that would provide service members additional money for food and other basics if their household incomes do not exceed 130% of the federal poverty level.

This is the third time the proposal has been incorporated into the House defense policy bill; unlike previous years, it has also been included in the 2022 Senate defense bill, increasing the likelihood of passing later this year.

For an E-4 with several years in the military, a spouse and two children, the stipend could equate to roughly $250 extra a month.

Advocates say the provision is needed as junior military service members face the stresses of supporting families in areas where spouse employment is low or child-care expenses make it difficult to pay monthly bills.

"When I got to the Defense Department, I started talking about food insecurity, and I did get a look that said to me, 'We don't think we have a problem,'" said Patty Barron, deputy assistant secretary of defense for Military Community and Family Policy.

The data is mixed on the extent of food insecurity among military families. This year, the Defense Department's Quadrennial Review of Military Compensation found that an estimated 880 to 4,690 U.S. service members use the Supplemental Nutrition Assistance Program, or SNAP, a rate of between .08% and .42% of troops. Civilian usage of SNAP, also known as food stamps, is 9.6%.

Critics note, however, that the report pulled data from only two months in 2019, and the data does not include numbers from 40% of states, including several with large military populations such as California, Hawaii and Virginia.

"The reason we thought we didn't have a problem is, we were looking at the low SNAP numbers, and we believe we are compensating our people well, and if not, they will promote out of it and get those pay raises to solve the problem," Barron added.

"The department is much more aware of the issue now, and it is one of Secretary [Lloyd] Austin's biggest priorities," Barron said during the discussion hosted by the Center For Strategic and International Studies.

A survey released in May found that nearly 33% of more than 5,600 respondents at an unidentified Army installation were considered marginally food insecure, meaning they faced food hardship or had difficulties ensuring that their food budget stretched through the end of the month.

And according to a report from the organization MAZON: A Jewish Response to Hunger, one in eight military families experiences food insecurity compared with one in 10 in the U.S. civilian population.

"The mental health of our service members is key to their long-term connection to the military and the well-being of their families.

The House Armed Services Personnel Subcommittee will consider its portion of the 2022 National Defense Authorization Act on Wednesday. The bill is expected to be debated by the full committee on Sept. 1 and must be reconciled with the Senate's version before becoming law.

The proposed legislation provides for a 2.7% pay raise for military personnel in 2022 and several other benefits, including an increase in parental leave for service members and designated caregivers as well as foster parents, expansion of the department's in-home, child-care pilot program and the establishment of an advisory council to support the services' Exceptional Family Member Programs.