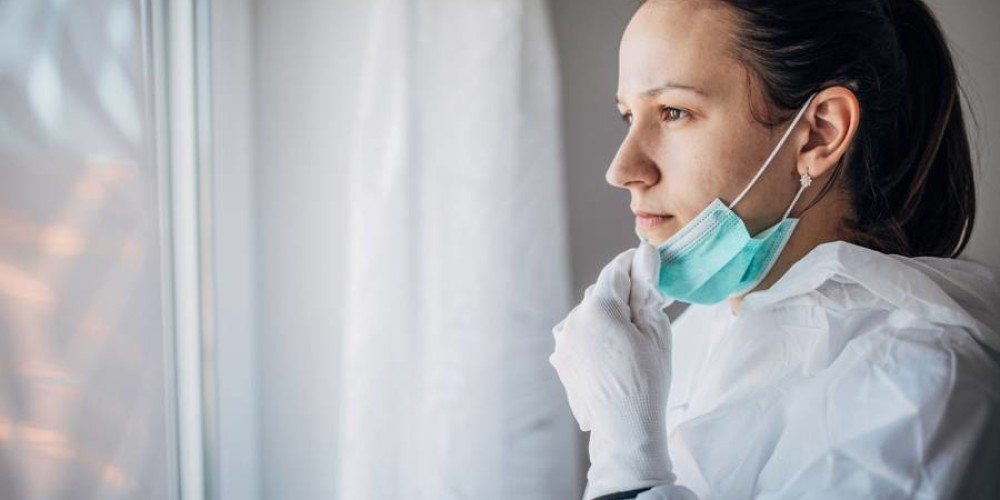 Health care workers experienced high rates of potential moral injury during the COVID-19 pandemic that were comparable to rates among U.S. military veterans who served after Sept. 11, 2001, according to a recent study.

Moral injury is defined as the “psychological, biological, spiritual, behavioral and social impact of perpetrating, failing to prevent, or bearing witness to acts that transgress deeply held moral beliefs and expectations,” Jason A. Nieuwsma, PhD, a researcher in the Department of Veterans Affairs and associate professor in psychiatry and behavioral sciences at Duke University School of Medicine, and colleagues wrote.

Most research on moral injury has focused on military veterans. However, many people — including Margot L. Savoy, MD, MPH, FAAFP, the senior vice president for education at the American Academy of Family Physicians and a Healio Primary Care Peer Perspective Board member — have said that moral injury is occurring among health care workers amid the pandemic.

“Moral injuries can happen when health care workers’ values and beliefs conflict with their actions or the ways they witness others acting,” Nieuwsma said in a press release. “While ‘burnout’ is often used to describe the effects of ongoing stress in the workplace, moral injury is used to describe the damage done to the conscience or identity of people who might witness, cause, or fail to prevent acts that go against their own moral standards.”

For health care workers, Nieuwsma said this may involve them making decisions or being in situations “that stray from their genuine commitment to healing.”

According to Savoy, a lack of proper safety precautions during the pandemic has contributed to moral injury.

“Grief, moral injury and not really being sure whether society cares if you live or die as long as you are there to support their needs” are taking an emotional toll on health care workers, she previously said in an interview.

Nieuwsma and colleagues used survey data to compare patterns of potential moral injury among 618 veterans who were deployed to a combat zone following 9/11 and 2,099 health care workers who were employed during the pandemic. The veterans were surveyed as part of the Post-Deployment Mental Health Moral Injury study, while the health care workers were surveyed as part of the Healthcare Worker Exposure Response and Outcomes, or HERO, Registry.

The factors that contributed to moral injury among health care workers included the public’s disregard for preventing SARS-CoV-2 transmission, high mortality among patients, staffing shortages, rationed care and personal protective equipment, and policies that prevented family members from visiting dying patients, according to the press release.

“Health care workers have weathered a great deal of adversity during this pandemic and from many different directions,” Emily O’Brien, PhD, an associate professor in population health sciences at Duke University School of Medicine and the lead researcher for the HERO Registry, said in the release. “Burnout is often discussed, and it is real. For many, though, I suspect moral injury is a more accurate description of their experience, and that has implications for what we do now and in the future.”

Nieuwsma noted that military veterans and health care workers differ “in many important ways, and it remains to be seen how pervasive moral injury proves to be in health care contexts over time.”