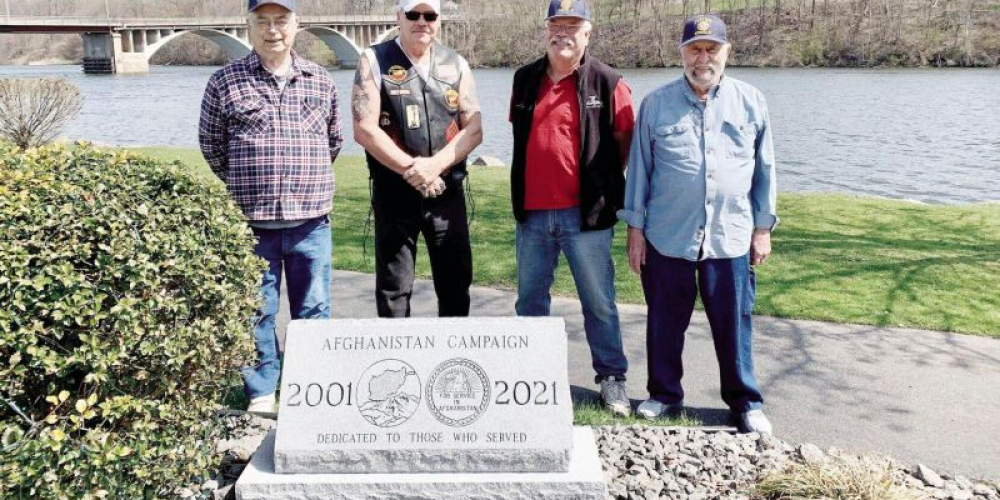 The Minetto Veterans Memorial honors veterans who fought in World War I, World War II, the Korean Conflict, the Vietnam War, and Operation Desert Storm. Thanks to the efforts of the local American Legion Post 486, a monument honoring soldiers who fought in Afghanistan will be revealed on Memorial Day.

On the monument, it is engraved with the following: "In memory of those who served in Afghanistan Campaign, 2001-2021."

At a meeting of Post 486, the idea for the monument was born. The Legionnaires felt compelled to "offer homage to all the soldiers from the Afghanistan War," Phillips said because a memorial in the park honored American veterans of other battles but not Afghanistan.

The memorial was created by Post members, who paid over $3,000 for it to be produced locally.

"It is the responsibility of veterans to inform the public that we have given up our time and, in some cases, our life." Post 486 Adjutant John Mantaro told Oswego County News Now that something should be done to thank and appreciate troops returning from Afghanistan.