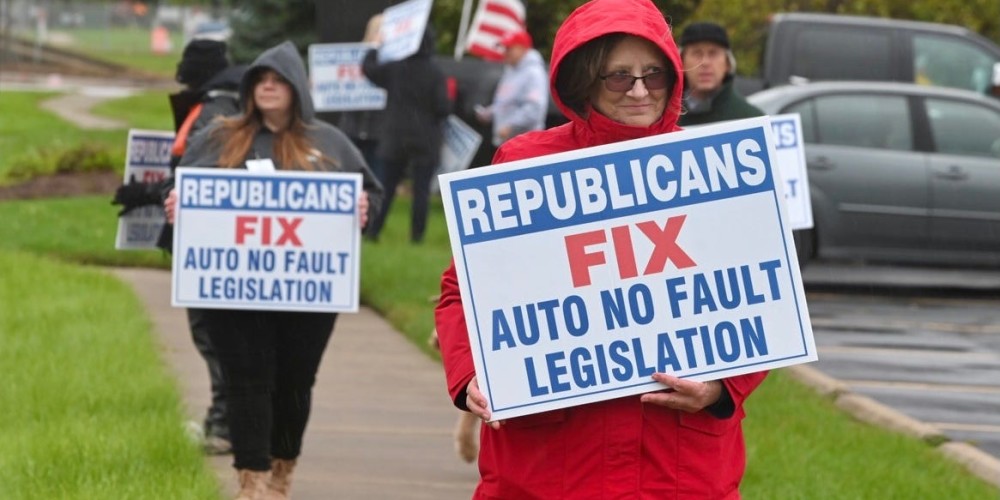 Parts of the 2019 no-fault insurance reforms that took effect on July 1 include a 45% reduction in how much auto insurance companies pay for services in residential recovery homes and a limit of 56 hours per week for family members to be paid for caring for crash victims.

The gathering comes after the Michigan Catastrophic Claims Association voted last week to provide drivers reimbursement checks. The organization has a $5 billion surplus and collects an annual fee for catastrophic catastrophe claims. Michigan Governor Gretchen Whitmer had asked the association to return the surplus to drivers in the form of checks.

Families who assist victims with eating, bathing and other everyday routines say the reforms have left them scrambling for ways to make up for the loss of funding or home health care.

Whitmer called for adjustments to the statute she signed before the 45% fee reduction went into effect in June, but she didn't specify what those changes should be.

Supporters of the reform claim that the reforms have saved drivers up to $1 billion in premiums and fines and prompted previously uninsured people to purchase coverage.

We Can't Wait organizer Maureen Howell has been fighting Michigan's auto insurance legislation for nearly a decade and has testified before Congress with her husband, Jim Howell, about 15 times.

"We have survivors who are going without care, families who are disintegrating, 32 provider firms that have already closed, and many more who refuse to accept auto no-fault," she said.

While the legislature works to remedy the issue, Howell believes that the MCAA checks will complicate any potential remedies.

“Whitmer argued that using rebate checks to fix the problem is merely masking the underlying issue, which is that auto crash survivors are being left stranded,” she added.