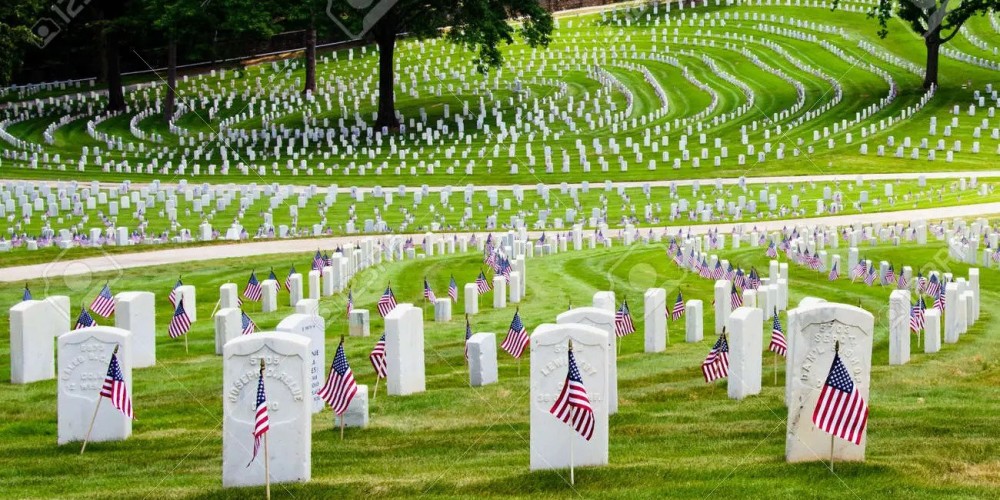 Muskets were fired and flags waved in the wind as the Sons of the American Revolution honored the lives and contributions of three patriots buried at Marietta National Cemetery on Saturday morning.

Revolutionary War Veterans John Clark, John Hames, and George Bradford were all honored by the organization with new markers added to their tombstones to remember their service during the fight for independence.

Clark, a veteran of both the Revolutionary War and the War of 1812, served as Georgia's 31st governor for two terms from 1819 to 1823. Hames served as a private and brevet major participating in several war engagements. Bradford fought in the battles of Brandywine and Germantown.

In attendance Saturday was Cobb County District 3 Commissioner JoAnn Birrell who proclaimed Saturday as Cobb Patriot's Day in her speech.

"We dedicate these patriotic gravestones in recognition of their service to God and country and to honor the memory of their service and that of many others who contributed to our freedom," Birrell said. "We would not enjoy the blessings of liberty you have bestowed upon us without you."

Joe Vancura, president of the Georgia Sons of the American Revolution, said grave dedication events like Saturday are essential for Americans to look back upon its history and how the country was formed.

"I think it's very important for all of us to remember those who came before us and fought for our freedom and our ability to gather here today," Vancura said after the service.

Vancura said at times Americans tend to forget the country's history and fail to appreciate the sacrifices of those who fought for the country.

"I'm hoping that this maybe gives us a new appreciation for all we have as we look around the world today. Sometimes we take it for granted," Vancura said.

Scott Collins, the organization's color guard commander, echoed Vancura's comments regarding the need for appreciation and education on American history.

"When you talk to college graduates now, they cannot tell you the difference between the American Revolution, the Civil War or the War of 1812," Collins said."Those wars were what this country was founded on and what gave us these rights. So without these commemoration ceremonies and these patriot grave markings, a lot of that history starts dying out. "

Collins, who goes to grave markings several times a year as the color guard commander, described the Georgia Sons organization as being proud of American history and all that went into forming the country.

"We have Democrats. We have Republicans. We have Libertarians. It doesn't matter. We are all patriots at heart," Collins said.