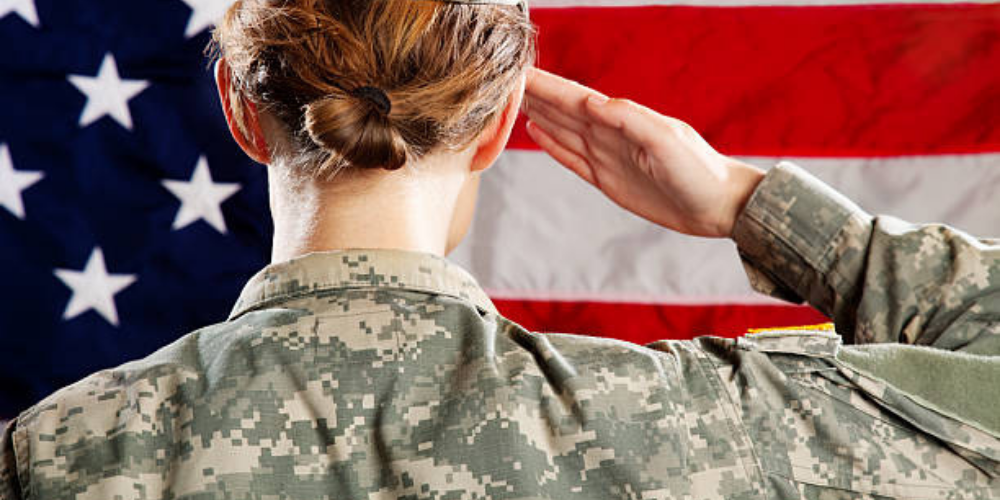 One of the Pentagon's oldest advisory committees has been spared from elimination after female veterans in Congress got wind of the move and protested.

In an Aug. 14 memo obtained by Military.com, Defense Secretary Lloyd Austin ordered the reinstatement of the 70-year-old Defense Advisory Committee on Women in the Services, known as DACOWITS, which was dissolved at the start of this year as part of a sweeping review of the Pentagon's 42 advisory committees.

"In its 70-year history, DACOWITS has contributed significantly to the Nation, our Armed Forces, and more importantly, to our Service women who serve today, in the past, and in the future," the memo, addressed to the under secretary of defense for Personnel and Readiness, a position freshly filled by Gil Cisneros, states. "I request you target the DACOWITS' work to its core elements and, when appropriate, task work to other DoD Federal advisory committees better suited to address broad, DoD-wide policy issues."

Austin's wholescale dissolution of the committees and launch of the review was widely seen as an annulment of outgoing President Donald Trump's last-minute efforts to pack multiple advisory panels, including the Defense Business and Defense Policy boards, with his acolytes.

Military.com exclusively reported in June that the Pentagon's Manpower and Reserve Affairs office had called for DACOWITS to be replaced by a committee that would cover a wider spectrum of issues related to diversity, equity and inclusion -- a move that critics said would dilute focus and overtax members who volunteer their expertise.

Committee supporters have pointed to DACOWITS' track record as a reason to keep the group: Of more than 1,000 recommendations made since 1951, some 98% have been at least partially implemented by the Defense Department or through acts of Congress, according to a historical review published earlier this year. And while substantial barriers to women's military service have been pulled down in the last decade, most notably the longstanding prohibition on their serving in ground combat and special operations roles, advocates point to the military's struggles to retain senior women and curtail sexual assault as evidence of the work still to be done.

Following the Military.com report, all six female veterans in Congress, led by Rep. Elaine Luria, D-Va., and Sen. Joni Ernst, R-Iowa, sent a letter to Austin saying the elimination of DACOWITS could "harm women in the Armed Forces by eliminating an important advocacy component."

"We believe we can tackle diversity, equity, and inclusion without disbanding one of the military's most effective tools to advance women," the lawmakers wrote.

In a late August interview, Luria, a retired Navy commander, recalled how the options available during her military service had been radically changed in 1994, while she was a midshipman at the U.S. Naval Academy, with the overturning of the Pentagon policy barring women from serving in fighter aviation and other direct combat units. DACOWITS was instrumental to that change. Luria said the integration of women into previously closed jobs and fields today continues to require close attention and oversight.

"I just think that the work of DACOWITS is so important because these challenges are always present and always evolving," she said.

Queries to the Defense Department about Austin's reasoning for restoring the committee did not receive an immediate response, but officials indicated a Pentagon announcement would be forthcoming soon about all the committees dissolved in the review. While Austin's move to start fresh with advisory committees was likely a response to Trump, it also highlights his interest in positioning the Pentagon to be conversant in a broader range of issues related to diversity and equality. For example, in one of his earliest reversals to Trump-era policy, Austin established new rules in March enabling transgender individuals to serve in uniform.

In his August memo, his support of DACOWITS' continuation is qualified by concerns about the committee's need to modernize and improve diversity of representation in membership. DACOWITS will resume operations, he said, only after its charter has been amended and approved by the Pentagon -- a process, along with new member confirmation, that likely will take the remainder of the year to complete.

"I appreciate the deep, valuable expertise that former DACOWITS members provided to the Department, but I am concerned that we are missing opportunities that promote diversity of background, experience, and thought in support of the DACOWITS mission," he wrote.

Of the 21 committee members who served in 2020, 12 were retired officers who attained the rank of colonel or captain or above; five were men; four were retired senior enlisted troops; at least nine were people of color; and just two were civilians who had never served in uniform. The extent of the committee's LGBTQ representation is not clear.

Recent committee members who spoke with Military.com were supportive of efforts to improve diversity and entertain issues affecting transgender troops, but adamant that DACOWITS should retain its tight focus on barriers to women's service.

"There were enough issues that still remain with women being able to serve to their best ability that it was necessary to keep it separate," said Judy Fedder, a retired Air Force lieutenant general who had been nearing the end of her DACOWITS term. "During the four years I was on the committee, the 'Me Too' movement was being spotlighted. That issue alone is enough to demonstrate the necessity of keeping service women's issues separate and distinct from that overall focus on diversity."

Retired Marine Col. John Boggs, one of the few men on the panel, warned that military leaders should be cautious about trying to reduce committee membership or resources in efforts to find efficiencies.

This news has been sourced from https://www.military.com/daily-news/2021/09/02/after-outcry-female-vets-congress-pentagon-revives-committee-women-service.html