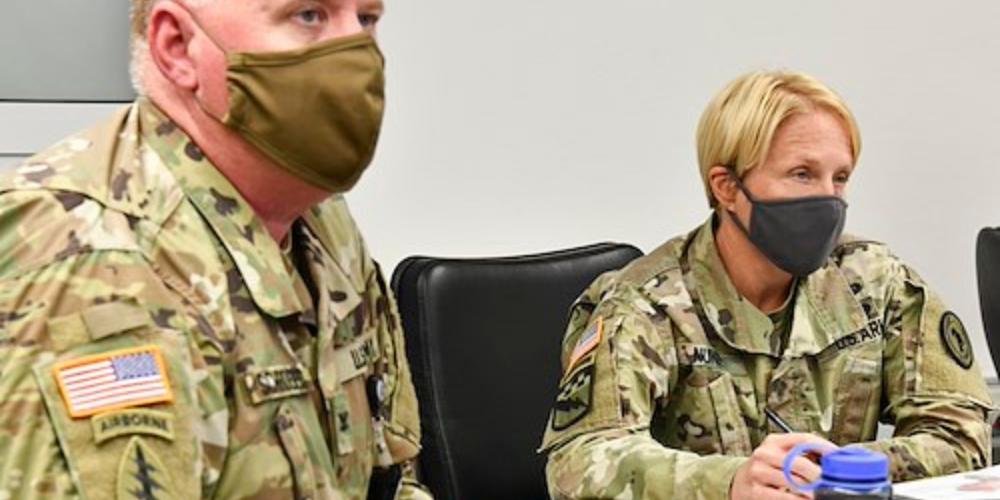 House lawmakers have backed legislation prohibiting dishonorable discharges for troops who refuse the COVID-19 vaccine, as the Navy gave its sailors 90 days to get the shot this week and the Army and Air Force were poised Thursday to enforce their own timetables.

Legislation sponsored by Rep. Mark Green, R-Tenn., an Army veteran, requires only honorable discharges for anyone who is separated from the military over refusing to be vaccinated. It was added to the fiscal 2022 defense authorization bill, passed by the House Armed Services Committee on Thursday.

"No American who raises their hand to serve our Nation should be punished for making a highly personal medical decision," Green said in a statement after the committee vote. The U.S. Food and Drug Administration fully approved the Pfizer-BioNTech vaccine in August after allowing emergency use beginning in December 2020, saying it is safe and effective for those 16 years old and over.

The Navy became the first service to enforce a timeframe for vaccinations in a series of memos on Tuesday and Wednesday following the FDA approval and an order by Defense Secretary Lloyd Austin for all troops to be vaccinated. The Army and Air Force are expected to give soldiers and airmen a deadline "very, very soon," Pentagon spokesman John Kirby said during a briefing with reporters Thursday.

But troops who refuse to be inoculated may not necessarily face dishonorable discharge, or even separation, according to Kirby.

The Pentagon has repeatedly stopped short of saying it will boot troops for refusing the shot. Commanders will have a range of options that stop short of punishment under the Uniform Code of Military Justice, Kirby said. The services also will allow religious exemptions to the vaccine.

"The secretary expects that the department leadership will implement these mandatory vaccines with skill but also ... professionalism and compassion," Kirby said. "When an individual declines to take a mandatory vaccine, they will be given an opportunity to talk to both medical providers as well as their own chain of command so that they can fully understand the decision they are making."

The House legislation barring dishonorable discharges now must go to a vote in the full chamber. The House version of the massive, must-pass defense authorization bill also must be reconciled with the Senate version in conference, where controversial measures often are eliminated.

In any case, the bill is unlikely to be signed into law until months after all the military services are enforcing COVID-19 inoculations.

Military.com reported on a Marine corporal who said she was discharged for refusing to wear a mask, possibly the first service member to be pushed out of the military in connection with COVID-19 rules.

According to the Pentagon, roughly 63% of all U.S. forces had received at least one dose or were fully vaccinated against COVID-19 as of Aug. 18.

This news has been sourced from https://www.military.com/daily-news/2021/09/02/lawmakers-try-ban-dishonorable-discharges-troops-who-refuse-mandatory-covid-19-vaccines.html