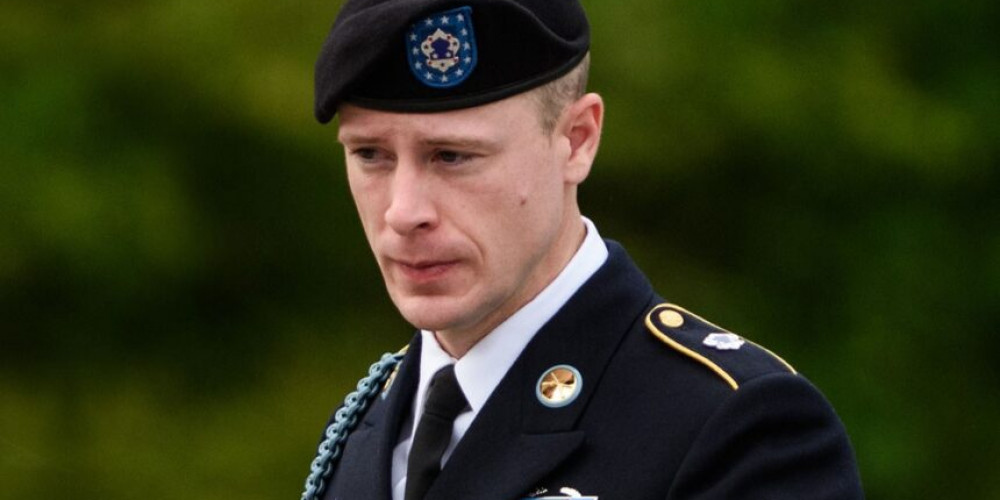 The U.S. government has filed a motion to dismiss Bowe Bergdahl's petition to have his military conviction and sentence overturned.

Attorneys with the Justice Department's civil division filed a motion Aug. 2 asking U.S. District Court Senior Judge Reggie Walton to throw out the case of the former Army sergeant, who pleaded guilty in 2017 to desertion and misbehavior before the enemy after leaving his post in Afghanistan in June 2009.

Bergdahl was a private first class on July 30, 2009, stationed at Observation Post Mest, Afghanistan. Assigned to guard duty the following day and a convoy to a nearby forward operating base, he left the post. He later said that he wanted to call attention to poor leadership in his unit and his observations of the situation in Afghanistan.

He was captured by the Taliban and held captive for five years. His departure from the remote observation base set off a massive search-and-rescue mission that involved thousands of U.S. troops, some of whom were injured in the effort.

Bergdahl has been back in the headlines since the Taliban's return to power in Afghanistan. One of the leaders allegedly responsible for orchestrating the takeover, Khairullah Khairkhwa, was one of five prisoners freed from Guantanamo Bay, Cuba, and exchanged for Bergdahl's release in 2014, various media outlets have reported.

Bergdahl first appealed his case in 2019, arguing that negative remarks made by President Donald Trump and Sen. John McCain constituted unlawful command influence and may have unfairly swayed the court-martial proceedings.

In a 3-2 decision in August 2020, the Court of Appeals for the Armed Forces upheld his conviction, saying the comments did not invalidate his prosecution and pointing out that he had pleaded guilty.

Bergdahl then filed a suit this past February in the U.S. District Court for the District of Columbia, seeking to have his case overturned.

In requesting that the case be dismissed, Julia Heiman, senior counsel for the Justice Department, argued that the military courts have "exhaustively considered" the unlawful command influence issue.

Heiman noted that Bergdahl raised the issue of unlawful command influence three times during court-martial proceedings and at least five times during his appeal.

"It would be an understatement to say that the military courts 'fully' considered plaintiff's claims of unlawful command influence," she wrote in the motion to dismiss.

Bergdahl also argued that the judge in the original case, Jeffrey Nance, should have recused himself from the court-martial because he had applied for a job with the Justice Department as an immigration judge.

But Heiman said that point was moot because Bergdahl waited two years after Nance was employed as an immigration attorney in Trump's Justice Department to raise the issue in his defense.

According to court documents, several soldiers were injured in the massive manhunt that ensued following Bergdahl's capture by the Taliban, including Cpl. Jonathan Morita, who was shot in the hand with a rocket-propelled grenade; Senior Chief James Hatch, who was shot in the leg with an AK-47; and Master Sgt. Mark Allen, who died in 2009 as the result of his wounds during the search, having been shot in the head.

Bergdahl's attorney, Eugene Fidell, declined to comment on the most recent filing. Bergdahl has until Oct. 4 to respond to the Justice Department's motion to dismiss.

This news has been sourced from https://www.military.com/daily-news/2021/08/19/justice-department-moves-dismiss-bowe-bergdahls-case-overturn-his-conviction.html