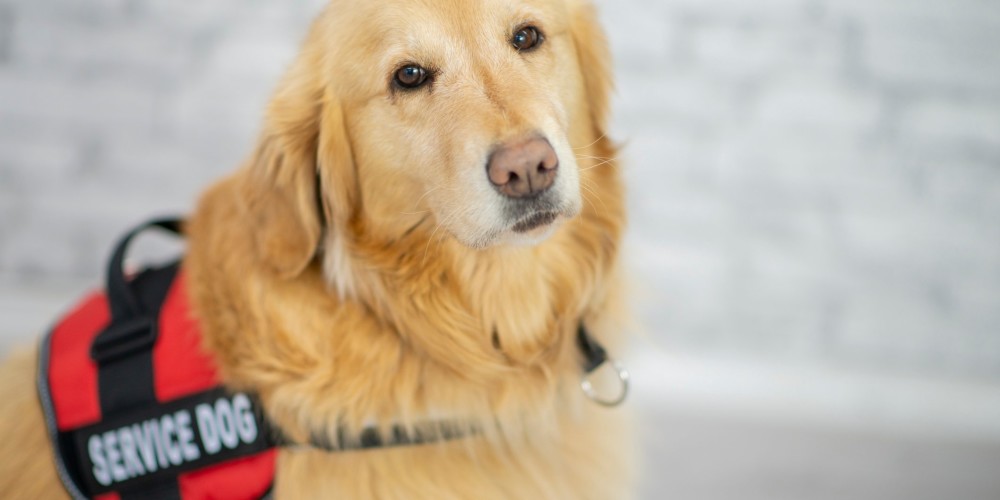 The nonprofit Inspiring Our Warriors of America (IOWA) was launched in 2019 to assist first responders and veterans with mobility and psychiatric service dogs free of charge.

Two of the first "warriors" in the program, Dubuquer Garland Shirley and Steve Vincent, graduated with their canine companions following the program.

“These individuals went out and served for us, whether for our country or for a community, and they’ve seen a lot and done a lot for us,” said Jamie Fisher, IOWA Service Dogs’ executive director.

During his 31-year military career, Vincent served in the Army, including two deployments to Iraq between 2003 to 2010. The first time he deployed, he sustained a substantial head injury during an explosion, which remained untreated for a long time.

"We were told that if you weren't shot or dead, you keep on working, so that’s what I did," he said. Vincent was medically retired and discharged honorably in 2012. However, he struggled greatly when he returned to civilian life.

As a result of a post-traumatic stress disorder (PTSD) that he developed in addition to his brain injury, he developed an anxiety disorder. In 2013, Vincent was matched with his first service dog, Dee, and she was a great benefit to him. She provided him with a sense of calm in difficult, stressful situations.

Shirley has served as Clarke University's head softball coach since 2018 after pursuing his passion for coaching softball following his work as a first responder for the City of Des Moines.

Before last fall, a change in medication caused chronic lung rejection, so the idea of a service dog never occurred to him. Shirley's breathing became more difficult as the doctors tried to halt the rejection. Still, they were unable to undo the damage.

Shirley and Vincent joined Doc and Smitty for classes in their final six months after working with volunteer guardians and trainers for two years.

Iowa Service Dogs will make sure that the training of the dogs continues regularly by contacting them regularly. The men will continue to train the dogs with daily practice of the commands.

The two men emphasized the depth of the dog's training, an important aspect of their service to their owners, and the discipline required to provide that service regularly. Doc and Smitty, they said, stand out from emotional support animals because of the intense training they receive.

Vincent said, "These dogs work from the time they are puppies until they go to retirement.