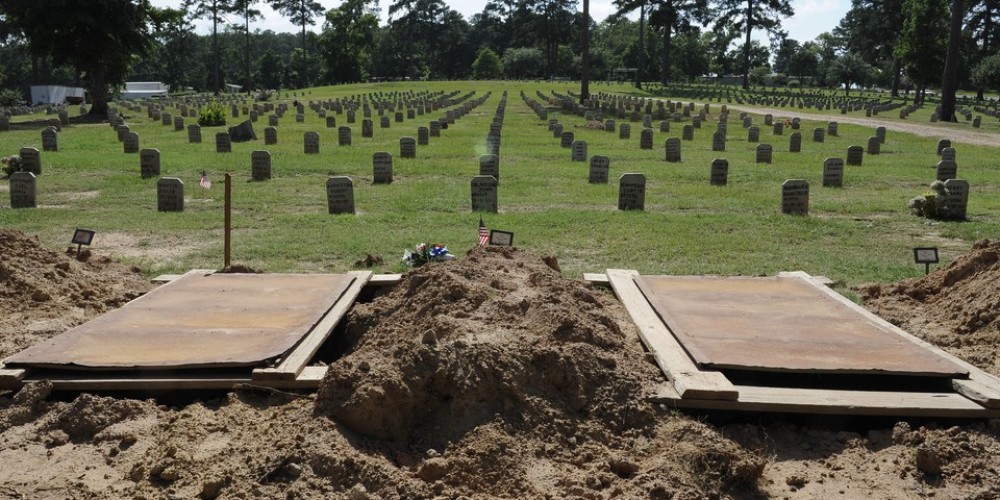 Coroner Mark Hammond had to track down the next of kin for an older woman who died from illness in a hotel in Boyd County, Ky.

“We followed that lead and [were] able to find family,” Hammond said. “They had been looking for her for 30 years. She had a mental illness and she just up and left one day. They had no clue where she was.”

Every case doesn't end that way. Several weeks ago he took to social media to look for family for someone who had passed.

“People don't see mental illness on a daily basis, but it's becoming more and more prevalent too," Hammond said.

Hammond said that there are many poor people in Ashland. Frequently, no paperwork is available for next of kin. The morgue is full because of all of those factors.

Hammond says the morgue holds 14 bodies, but they've reached their limit several times recently, requiring them to borrow a cooler. Several individuals were buried in the county cemetery in December alone after weeks of trying to find them.

He said a man in Massachusetts contacted them after receiving a bill for his father's life insurance. The son didn't know that his father passed away, but he was able to find his father's remains in Boyd County and had them exhumed so he could be properly buried.

It takes about 10 hours to work on a normal case, Hammond said. When a body doesn't have identification on it or they don't know who the next-of-kin is, it can take them over 40 hours to find them.

"It's a big addiction area, so we have a lot of overdoses,” According to Hammond. “Also, since the pandemic hit, we have a lot of people who are dying at home and someone comes in and finds them, which contributes to our caseload."

There are times when relatives aren't interested in taking care of someone. There's money in the county budget set aside for situations like that.

“If a relative is found, but they do not wish to claim the deceased, we request that they sign off on a cremation, which helps us to save a little bit of money, and they can keep the ashes if they wish, if not, they are buried in the cemetery," Hammond said.

As a way to serve the community, local funeral homes offer discounts on services.

“Our local funeral homes help us a lot," he said. “There's a certain price and they cut the county a huge deal, they lose money, but it's a great service."

Keeping everyone in this world safe is a job Hammond takes great pride in.

When a veteran passes away, the coroner's office tracks down the proper paperwork and verification so that he or she can be buried at the veteran cemetery on the Industrial Parkway.

“Anyone in the military, our veterans, we have a lot of homeless veterans in the area, so we do what we can,” Hammond said.

According to Hammond, his office will exhaust every resource to help identify and connect family members and friends and provide closure.
Reuniting a family is the best thing he can do for them, he said.

Despite responding to more than 300 calls in 2021, the agency was called out to nearly 700 scenes throughout the year.