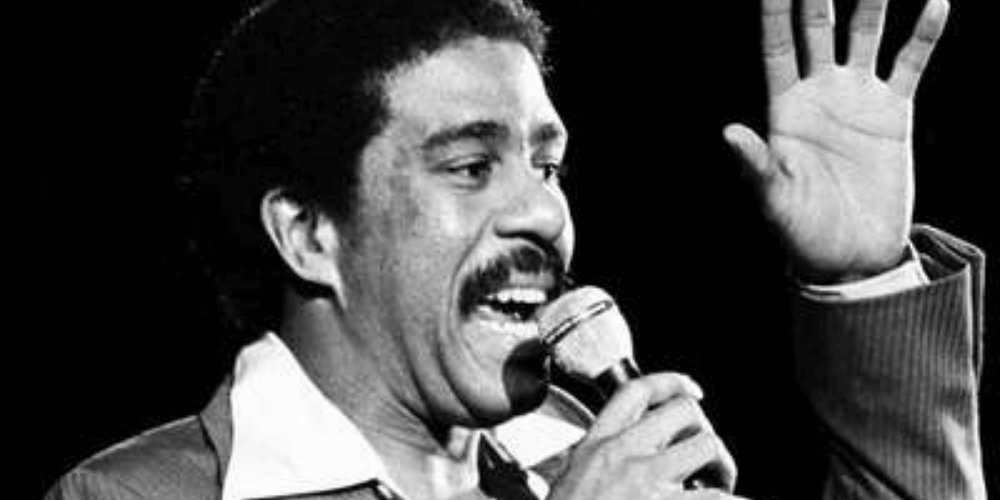 Every military unit has at least one person who can crack a joke about anything at any time. Most of those people learn discipline, grow up and become productive members of society.

A surprising number of them never really get over that hump, so they go on the road and try to tell jokes for a living. Any look into the history of comedy reveals dozens of World War II veterans who made a career out of being funny in the 1950s and ’60s.

Every generation since has produced a few more successful jokesters, and a few of them, such as Rob Riggle and Fred Willard, have gone on to even great fame as go-to actors in comedy movies and shows. Heading out on stage armed only with a microphone and your own wits should be a terrifying experience, but the masters of the art make it look easy. Here are 11 of the most successful veteran comics.

Rickles enlisted in the Navy during World War II and served as a seaman first class on the motor torpedo boat tender USS Cyrene in the Pacific. “It was so hot and humid, the crew rotted,” he later observed about his wartime experience.

After Rickles was discharged, he struggled to become a dramatic actor and started doing stand-up comedy for the paycheck. That didn’t go particularly well, either, until he found his niche by humiliating hecklers and insulting the audience. As king of the insult comics, Rickles became a beloved show business figure before his death in 2017.

Don’s Navy sitcom, “CPO Sharkey,” and several of his stand-up specials are now available for streaming at the Shout! Factory TV website or via their apps for Roku, Apple TV, Amazon Fire and Android TV.

Carlin joined the Air Force in 1954 after he dropped out of high school. While stationed at Barksdale Air Force Base in Bossier City, Louisiana, he got a job as a disc jockey at radio station KJOE across the Red River in Shreveport. That gig, combined with his bad attitude, led to his discharge after three years of service.

Carlin enjoyed early success as a clean-cut comedian, appearing several times on “The Tonight Show.’’ Once he dropped LSD, he changed his entire approach. Carlin grew his hair long, got his ear pierced and started mixing in routines about drugs and profanity into his more traditional observational comedy.

His comedy albums were massive hits, and Carlin became one of the most successful acts of the 1970s. He walked away from live performance at his career peak in 1976, although he returned to the stage later in life. Carlin died in 2008.

Bruce dropped out of high school and joined the Navy at age 16 in 1942. He served aboard the USS Brooklyn in the Mediterranean Sea before receiving a dishonorable discharge after he performed a comedy routine in drag for his shipmates and convinced the ship’s doctor that he was experiencing “homosexual urges.”

Bruce made his name doing material that was considered “obscene” by police forces all over the country but now wouldn’t raise an eyebrow. He was arrested multiple times for drug possession and obscenity onstage. He was convicted on obscenity charges in New York City after a six-month trial in 1964. Bruce died of a heroin overdose in 1966.

The comic’s act was most definitely not appropriate for television, but host Steve Allen was such a big fan that he helped Bruce get past the network censors and perform on his show.

Stiller was drafted into the Army during the final days of World War II and served in Europe.

He convinced his wife, Anne Meara, to form a comedy team in the mid-1950s, and the duo broke through in nightclubs and on television in the ’60s. They quit the live performance circuit and made a career with radio commercials for Blue Nun wine in the ’70s and starred in their own sitcom in 1986. Jerry also fathered Ben Stiller with Meara, so the kid remains one of their most successful collaborations.

Stiller went on to play two of the greatest irate father characters in sitcom history, Frank Costanza on “Seinfeld” and Arthur Spooner on “The King of Queens.” Stiller died in 2020.

Pryor served in the Army from 1958-1960, but the story is that he spent most of his service in a military prison in West Germany after beating up a White soldier who made racial jokes during a screening of the controversial 1950s drama movie “Imitation of Life.”

Pryor kicked around as a struggling stand-up and television writer for the next decade, but his career took off after he appeared at the Wattstax concert in 1972 and released a series of hugely successful comedy albums. He became one of the biggest movie stars of his generation in films like “Uptown Saturday Night,” “Silver Streak” and “Stir Crazy,” appearing in the last two movies alongside Army veteran Gene Wilder.

His profitable concert films brought stand-up comedy to theater audiences worldwide. Pryor was diagnosed with multiple sclerosis in the early 1990s and died in 2005.