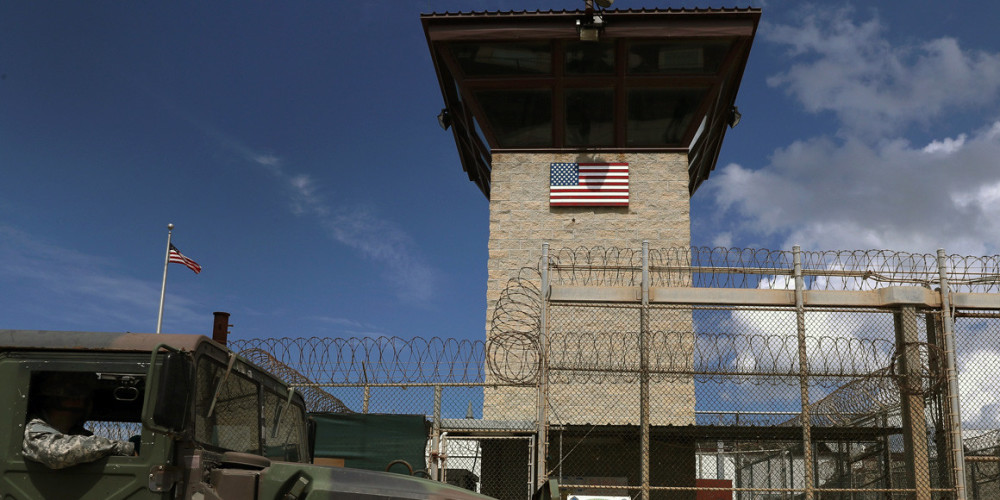 General Michael Lehnert, who built the first detention facility in the war on terror at Naval Station Guantanamo Bay, Cuba, two decades ago, has regretted it ever since.

Lehnert was ordered to deploy 1,000 Marines from Camp Lejeune, N.C., within 96 hours to Gitmo to build holding cells in advance of the arrival of al-Qaida and Taliban prisoners captured by U.S. troops in Afghanistan.

Then-president George W. Bush's quandary about what to do with the foreigners he captured in Afghanistan and Iraq was supposed to be solved by Camp X-Ray.

The government did not wish to treat them as prisoners of war and therefore designated them as "unlawful enemy combatants." They also didn’t want to bring them to the United States, where they would have access to courts and would be protected from "enhanced interrogation tactics."

Lehnert said last month that Guantanamo was chosen by the Bush administration and that hooded prisoners have been held there since the first 20 arrived on Jan. 11, 2002. The detention centers cost the U.S. $540 million annually.

In Lehnert's view, the creation of Guantanamo and the rush to obtain information had unintended consequences. As a result of the legal ambiguity, some policymakers find Guantanamo an attractive option.

However, this presents additional challenges for the soldiers, sailors, airmen, and Marines who have to enforce the policy.

The decision to subject detainees to enhanced interrogation and to disregard Geneva Conventions whenever it suited our interests cost us international support, according to Lehnert.

Rumsfeld softened his stance during a Pentagon briefing in June 2005. Rumsfeld said the U.S. government, let alone the military, does not want to be in the position of holding suspected terrorists longer than they need to. But as long as there is a need to stop terrorists from striking again, a facility will continue to be needed, he said.

The Senate Judiciary held a hearing on "Closing Guantanamo: Ending 20 Years of Injustice" on Pearl Harbor's 80th anniversary that went largely unnoticed. Panelists on the panel argued both for and against closing the jail.

Lehnert said those held at Guantanamo without trial deserve justice by either being charged and tried or released, but "most importantly, the relatives of 9/11 and other victims deserve closure and they aren't getting it."

The Bronx nurse Colleen Kelly, whose 30-year-old brother Bill died in the World Trade Center on 9/11, stated, "There is still no justice or accountability for the families."

There are five co-defendants at Guantanamo waiting to go to trial, including Khalid Sheikh Muhammed, considered the architect of 9/11. The commission has been in the pre-trial stages for nine years.
Sen. Lindsey Graham, R-S.C., says the Taliban are back in charge 20 years after 9/11, adding that at least five of the people in the Taliban government were former Guantanamo detainees.

In the Bush era, Guantanamo detainees reached about 780, but more than 500 were transferred to other countries or released before Bush left office.

Approximately 242 detainees were being held when former President Barack Obama took office, and he promised to close it within a year, mainly by sending them to the United States for trial. Congress, however, blocked the plan, refusing to fund the transfers to the United States.

Despite this, Obama continued transferring detainees to other countries, and by the time he left office, only 41 people remained. Former President Donald Trump said at a campaign rally in February 2016 he would keep Guantanamo open if elected.

President Joe Biden came to office with 40 inmates at Guantanamo; his first release in July 2021 brought the population down to 39. The inmate, Abdul Latif Nasser, 56, had never been charged with a crime.

Congress put the restrictions in the annual defense policy bill, or NDAA, on a bipartisan basis, and did it again in the fiscal 2022 NDAA, which Biden signed Dec. 27.

The restriction includes "a ban on the transfer of Guantanamo detainees to the United States," as well as a ban on using U.S. Defense Department funds to build facilities for those detainees.

Sen. Dick Durbin, D-Ill., spoke on the Senate floor recently in support of closing the facility, which he called a "legal black hole" for those who are sent there.

Guantanamo's existence has been used as a recruiting tool by our nation's enemies, Durbin said. "It symbolizes our failure to hold terrorists accountable and our failure to honor our service members' sacrifice. These failures shouldn't be passed on to the next generation; they should end with the Biden administration."