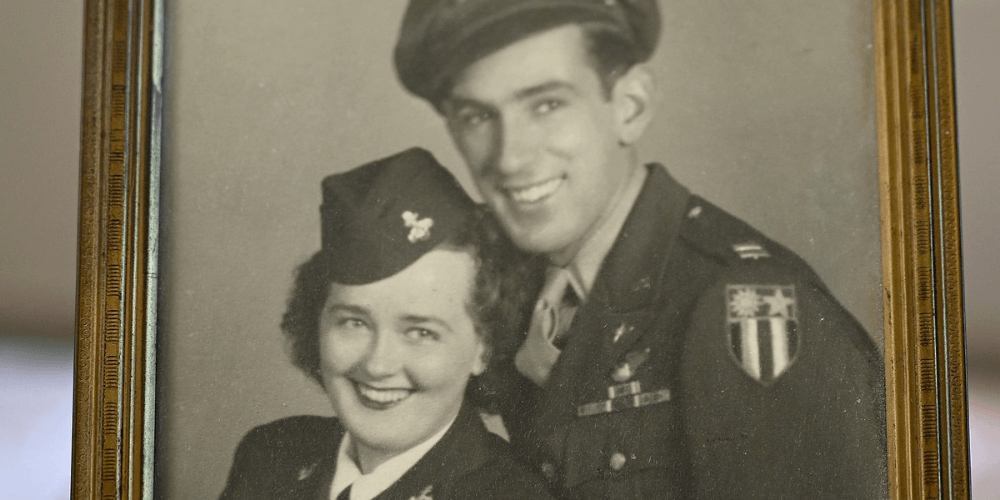 Virginia "Jini" Henderson likes nothing more than a good game of cribbage with her children.

Sitting in her daughter's living room in Ashland, just after finishing a round of the popular card game with one of her sons, she reflected on her life and the various places, experiences and jobs she's had in the century she's been alive, including a stint in the military during World War II.

A key aspect of her longevity, she said, is her motto to treat others like you'd like to be treated. "Live your life and enjoy it," she said. Another important element is to have a devoted, loving spouse.

Henderson grew up in MetroWest. By the time she graduated high school, she was living in Weston. After graduating, she decided to join the Navy because her high school sweetheart, John Henderson, had joined Army Air Corps.

The former Virginia P. Gammons was about 19 and her boyfriend and later husband, John Henderson, was 18. Originally from Weston, John became a bomber pilot in the U.S. Army Air Corps 14th Air Force Flying Tigers squadron, serving primarily in China. He was wounded twice and awarded two Purple Hearts.

From there, she went to Indiana University to learn how to become a storekeeper. After graduating with the rank of yeoman, she went to Washington, D.C., and performed clerical duties for a lieutenant, a role she would stay in until the end of the war.

On the day the war ended, she remembers Washington breaking out into a joyous, mass celebration.

She left her job in D.C. on Valentine's Day on Feb. 14, 1946, and on the 23rd of that month, she and John were married. They soon moved across the country. The couple eventually had six children. They eventually settled back in MetroWest, moving to Framingham.

In the civilian job force, Henderson has worked as a dispatcher at a trucking company, a secretary at St. Andrews Episcopal Church in Framingham, and as a secretary at the library at Framingham Union Hospital.

The couple moved in with their daughter Kathleen in Ashland about 30 years ago. Henderson's husband, John, died in 2011 from cancer. The couple had been married for 65 years.

The family has a party planned for her on Tuesday at the house. Close to 50 friends and family are expected to attend. It's their first big get-together since the pandemic.

The children are happy that their mother has enjoyed a long life.

"It's not many mothers who get to see their children grow up into their 70s and 60s," Matthew Henderson said.