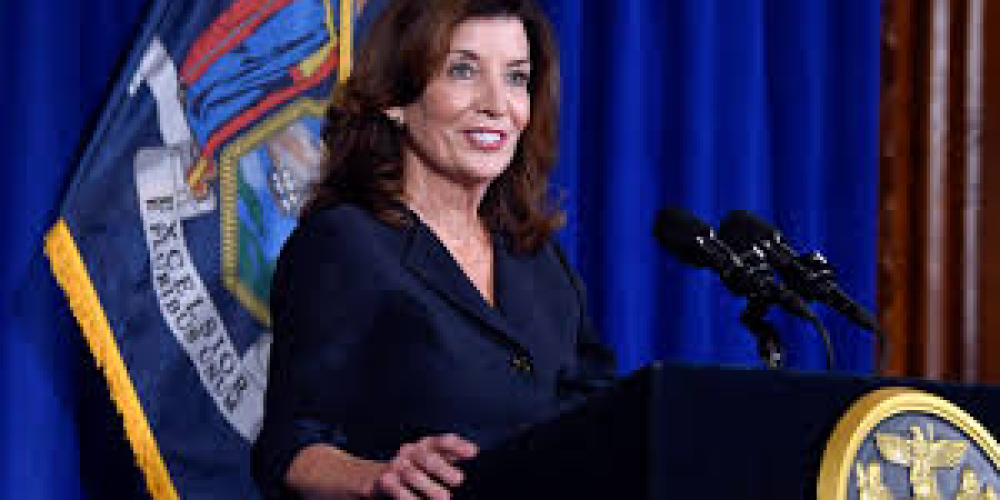 Veterans in New York will soon be able to access their services and benefits through a single state agency led by a well-known figure.

"No one who has served their nation should go without the fundamental necessities," said Viviana DeCohen, director of the Division of Veterans' Services.

Only 17 percent of New York's 800,000 veterans receive the benefits they are entitled to, prompting lawmakers to include language in the most recent state budget to create a new agency to consolidate programs and resources distributed across various organizations.

Governor Kathy Hochul plans to nominate a cabinet-level commissioner of Veterans' Services who must be a veteran. Veterans affectionately refer to DeCohen as "Mama V."

Director DeCohen was chosen as the best candidate by Governor Hochul for the position, and she will remain as commissioner after the division transitioned to a department, the governor's office stated."

In the early 1980s, DeCohen joined the Marine Corps as a corporal and went through the same boot camp as the male recruits.

The department's name and logo must be updated on all state documents, applications, and websites. Still, DeCohen anticipates a smooth transition while she is in charge.

Iraq War veteran Derek Coy, who works for the New York State Health Foundation as a program officer for veterans' health, believes the new department is an excellent first step for veterans in navigating their various state and federal benefits.

New York City has the fifth-largest veteran population in the United States, and its $220 billion budget allocates around $26 per veteran. Smaller states pay hundreds of dollars for each military personnel.

Additionally, the agency will have a 13-member Veterans' Services Commission. Members will be appointed by Assembly Speaker Carl Heastie of the Bronx, Senate Majority Leader Andrea Stewart Cousins of Yonkers, Assembly Minority Leader William Barclay of Pulaski, and Senate Minority Leader Robert Ortt of the state of Missouri.