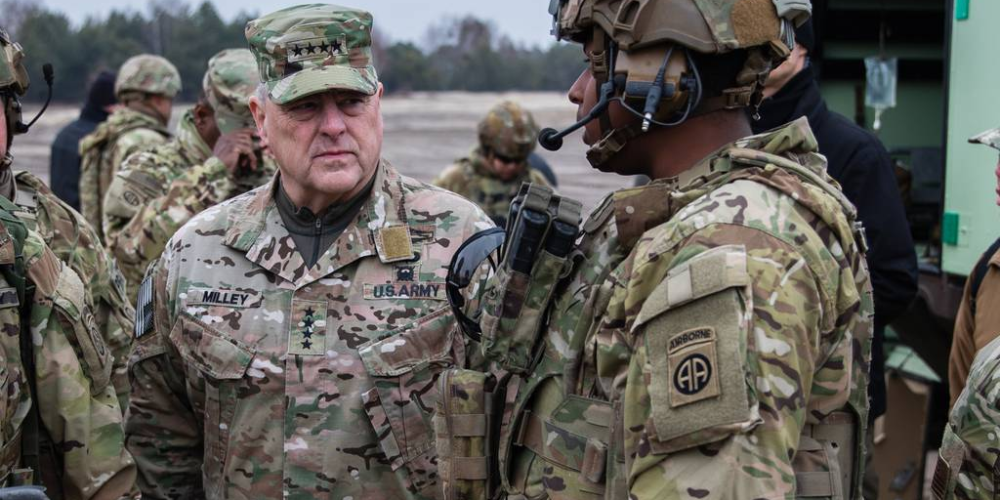 According to Army Gen. Mark Milley, chairman of the Joint Chiefs of Staff, the United States military may need to reorganize to fight future wars dramatically affected by artificial intelligence, robotics, and other advanced technology.

During a week-long trip to Europe, the country's top military leader said he's working on recommendations for a high-level reorganization. Milley said he's considering forming a joint force version of Army Futures Command, which he established in 2018 as the service's chief of staff to promote modernization.

Milley compared the existing technology of Fitbits and iPhones to the horse bit, the stirrups used 3,000 years ago to permit mounted warfare, and the accurate, long-range precision munitions used today to destroy targets at range.

It's unclear how Army Futures Command could be replicated across the services, each with its own innovation efforts. Milley wasn't ready to say if he'd propose a "Joint Futures Command" umbrella. Although it has shepherded 24 modernization programs since its founding, Army civilian authorities have shifted some of the service's command's powers back to its top civilian procurement office.

Last week, he warned graduating cadets at the United States Military Academy at West Point that the military's technical advantage was in jeopardy. America, no longer the undisputed global leader, is being tested in Europe by Russian aggressiveness and China's rapid economic and military development in Asia.

Last week, the Pentagon announced that it would shift its organizational structure to focus on emerging technologies. By creating the Emerging Capabilities Policy Office, the Department of Defense will integrate autonomous systems, hypersonic technology, and directed energy weapons into its strategy, planning guidance, and budget processes.

Armed forces and warfare may be revolutionized by robotics and autonomous technologies. According to Milley, trucking is already adapting to self-driving trucks, and other industries that lend themselves to robotics will profoundly shift.