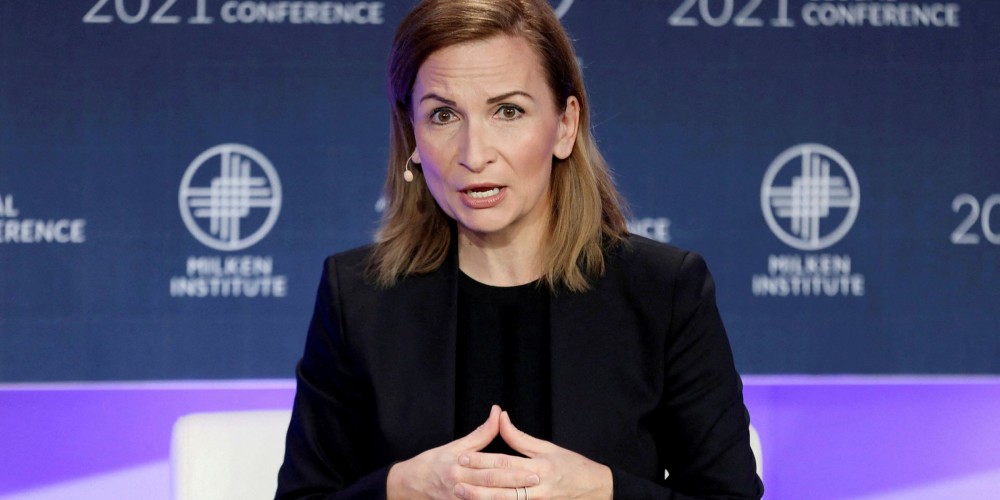 Jelena McWilliams said she will leave her position on Feb. 4, more than a year ahead of her term expiration. Her decision follows a rift between the top leadership at the Federal Deposit Insurance Corporation (FDIC), which insures deposits held by lenders, and the Consumer Financial Protection Bureau (CFPB), which is the U.S. consumer watchdog.

FDIC board member Martin Gruenberg and CFPB director Rohit Chopra are Democrats. Greuenberg and Chopra voted in favor of reviewing bank merger approval procedures, but McWilliams voted against it.

In an article she wrote for The Wall Street, McWilliams called the situation "unprecedented." According to her, the conflict is not about bank mergers. "If it were, board members would have been willing to work with me and the FDIC staff rather than attempt a hostile takeover of the FDIC internal processes, staff and board agenda,” McWilliams wrote.

In her letter of resignation to Biden, McWilliams offered her gratitude for her tenure on the FDIC board and emphasized the financial system's resilience during what was perhaps the worst economic contraction in history.

During COVID-19, the unexpected shock tested the resilience of the financial system in March 2020, and the FDIC acted quickly to keep banks and consumers safe and provide flexibility. In addition to weathering the storm, our financial system was a source of strength for the American economy.

Over and above her previous position at the FDIC, McWilliams previously served as chief counsel for the Senate on banking, housing and urban affairs. Her departure will leave Biden with another regulatory opening to fill.

Despite the expiration of Randal Quarles' term in October, the top supervisory job at the U.S. Central Bank remains vacant. In 2017, Trump appointed the former Fed governor, who stepped down from his role in December.

A progressive wing of the Democratic party criticized Quarles for easing some of the restrictions on banks as a result of the global financial crisis.

Both candidates for the FDIC post and the Fed vice chair for supervision role have been foreseen to undertake a sterner look on financial oversight issues.