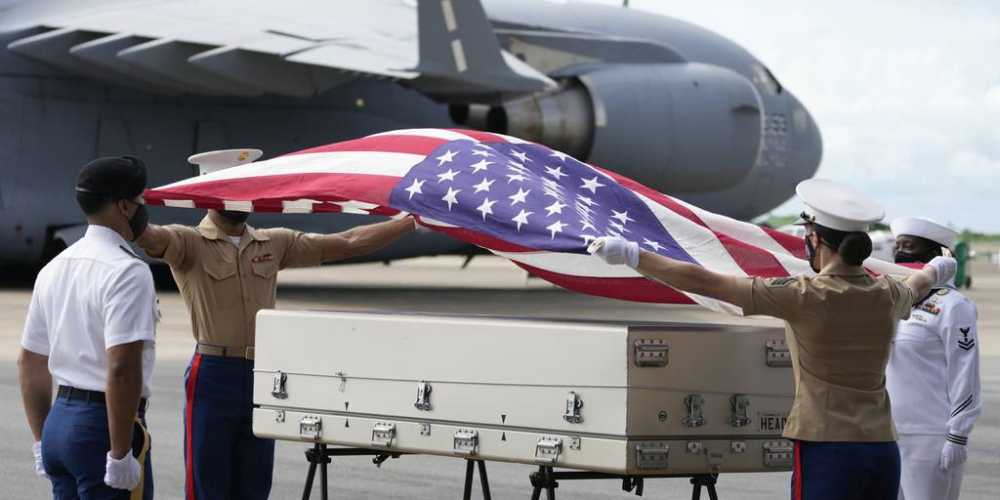 Thanks to the serendipitous discovery of paperwork in flood-prone archives in Thailand, the remains of an American airman who went missing in action during WWII may finally be on their way home.

A sad ceremony was performed at an airbase in eastern Thailand on Wednesday to honor and repatriate remains recently retrieved from a rice field in the country's north.

Military people and Thai and American officials paid their respects at the U-Tapao naval air facility on Thailand's eastern coast. The found remains were placed in a casket draped in the American flag before being transported to the United States aboard a C-17 cargo plane.

Tests at a specialized facility in Hawaii will confirm whether the bones are human and, if so, who they belong to. However, circumstantial evidence suggests the casket contains a long-lost US Army Air Forces service member.

"This is a beautiful time in life," he told The Associated Press, "there's no hope, or virtually no hope, for finding the book." He said, "This is just what I've been looking for."

He claimed he questioned if the pilot's spirit was at his shoulder when he carried the report that day.

A police officer's report in the Thai archives provided a valuable piece of information: the exact location. It took a decade to get from Sakpinit's musty folder to the actual dig. One piece of evidence that convinced DPAA investigators that the site had validity was an interview with a 100-year-old woman who heard the crash.

By April, the team had discovered a slew of tiny metal shards and "osseous stuff" — teeth and bones — consistent with a crash.

"With the 80th anniversary of World War II approaching, our historians, analysts, and researchers are racing against time to build these cases," Brannen said.

According to the DPAA, approximately 47,000 out of 72,335 US service personnel still missing from WWII were lost in Asian combat zones.