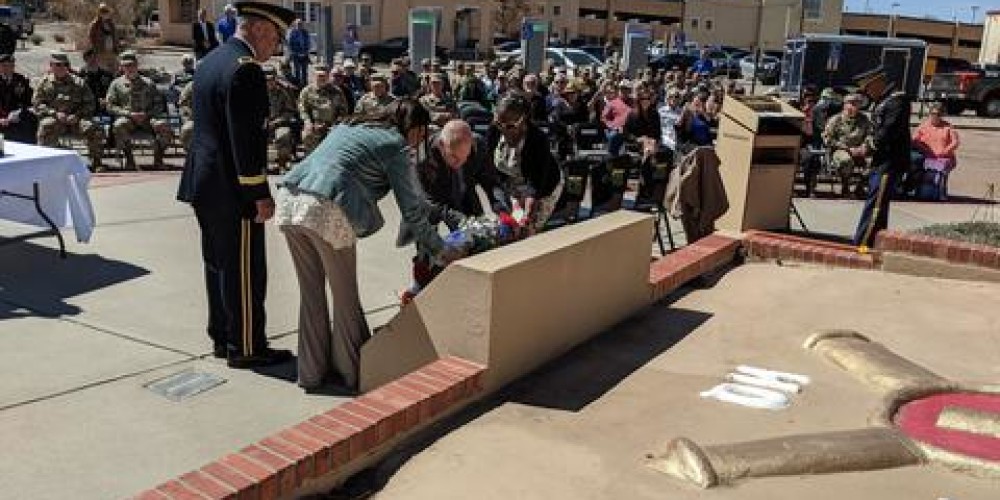 On the surface, all the familiar ceremonial trappings were in place for the event.

The reading of proclamations announcing April 9 as Bataan Remembrance Day. The playing of taps. Speeches honoring the legacy of the New Mexicans who gave their lives fighting, struggling to survive, dying far from home in a campaign ringed with deprivation, starvation and torture.

Still, Saturday’s morning commemoration of the April 4, 1942, fall of Bataan — the 80th anniversary — was missing something.

For the first time since the New Mexico National Guard began hosting the Santa Fe event in the mid-1980s, none of them attended, the Santa Fe New Mexican reported.

Age, infirmity and death have taken their toll on almost all of the survivors. The New Mexico Department of Veteran Services believes there may only be about five of those men still living around the country. And the event was not held live over the past two years because of the health restrictions surrounding the coronavirus pandemic.

Yet, watching the hourlong ceremony attended by about 100 people play out outside the Bataan Memorial Building, Fred Armijo, son of the late Bataan U.S. Army veteran Manuel Armijo, said he has no concern the legacy of those Bataan soldiers will be forgotten.

The commemoration is held near a stone monument honoring the Bataan campaign, and Armjio said as long as that monument remains, people won’t forget.

He is well aware of his father’s role in keeping the history of Bataan alive.

Manuel Armijo, a first sergeant with the 200th Coast Artillery, is credited with initiating the annual commemoration in the postwar years. Some sources say he started it in 1946, silently standing outside a downtown government building while holding a white flag in his hands. Other sources put that date at 1953.

Regardless, the annual April 9 event has become something of a cornerstone military memorial event, a day to remember a generation of young New Mexicans — some still teenagers — who left the comfort of hometown America to wage war in some faraway place few had heard of.

Little could they have known, having entered the military before the Japanese attack on Pearl Harbor thrust the United States into World War II, they would become part of one of the most violent and tragic stories of New Mexico’s military history.

The Battle of Bataan in the Philippines — the first major military campaign of the Asian theater in World War II following the Pearl Harbor attack — took a huge toll on New Mexico.

Of the 1,800-plus New Mexican soldiers who fought in the battle, only half came home alive. And many of them, survivors of the infamous Bataan Death March and Japanese prisoner-of-war camps, came back physically, mentally and emotionally scarred.

From Dec. 8, 1941, to April 9, 1942, those 1,800 New Mexico soldiers fought alongside Filipinos and other Americans to fight off Japanese invaders on the Bataan peninsula. On April 9, Bataan’s military commanders surrendered, though the soldiers wanted to fight on, despite a lack of weapons, food and medicine.

Most of the American and Filipino defenders were killed, captured or forced to march 65 miles through the jungle. Japanese soldiers used their bayonets and bullets along the way to kill the weak, wounded and defiant ones on what became known as the Bataan Death March.

Manuel Armijo, like so many of the men who survived that ordeal, did not like to talk about what he endured, his son said. But Vincent Lithgow, Manuel Armijo’s grandson, recalled as a child sleeping over at this grandparents’ home and hearing his grandfather erupt in pain — at night.

His daughter, Rachel Lithgow, only recalls her great grandfather as a little, wizened old man.

She, too, feels the Bataan story will be carried on long after the last descendants of any of the soldiers who fought it have died. Though she lives in Las Cruces, Lithgow said she visits the Bataan monument every time she comes to Santa Fe. It represents “a deep rooted sense of connection to New Mexico history.”

“There’s a lot of him here,” she said as she looked at the monument.

“Here’s my take on it,” Fred Armijo said of that date. “My dad came for her.”