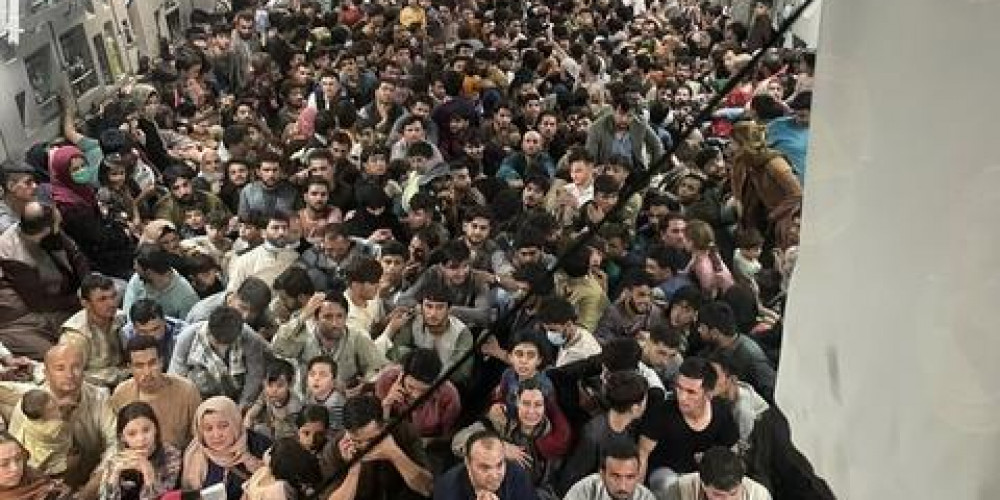 The Air Force at first said that 640 Afghans were on the Sunday flight, as reported by Defense One. But after the flight crew appeared on CNN, Air Mobility Command spokeswoman Maj. Hope Cronin said on Twitter that number accounted only for the adult passengers, adding that there were also 183 children on board.

The revised figure shows that the crew's initial reckoning of some 800 souls aboard -- a number that shocked air traffic controllers, one of whom responded with a "holy f---" when the total was estimated over the radio -- was largely accurate.

Air Mobility Command said in a statement Friday that the military originally only counted the 640 seats that were filled after the aircraft landed and the passengers boarded buses and didn’t account for the children sitting in their parents’ laps.

Reach 871's flight shattered the C-17's previous air transportation passenger records. In 2013, the Air Force flew more than 670 people out of Manila during relief operations after a super typhoon devastated the Philippines.

Defense One reported that the C-17 didn't plan on transporting so many civilians, but when Afghans began to pull themselves onto its half-open ramp, the crew decided to fly filled to the brim. A defense official told the website that the Afghans had been cleared to evacuate.