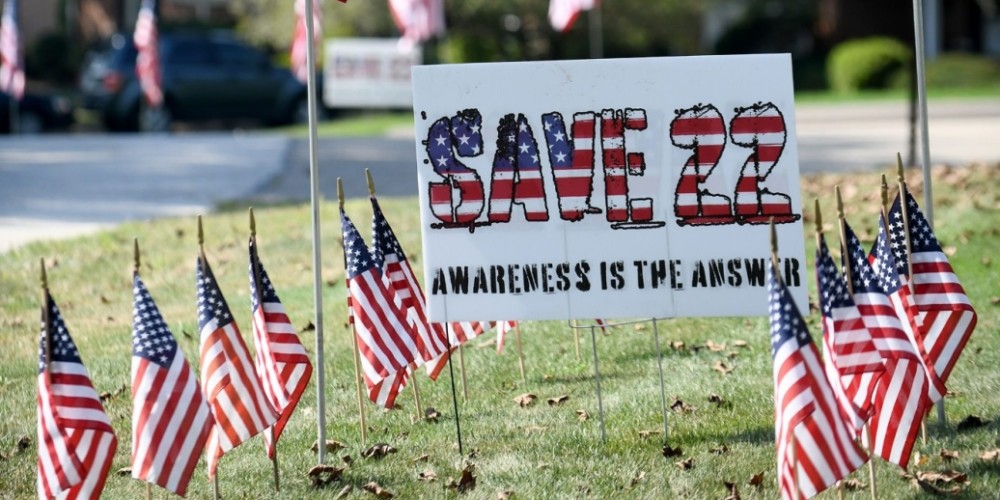 Seventeen veterans die by suicide everyday in the U.S. Gov. Eric Holcomb is trying to change that by involving Indiana with a new nationwide awareness campaign.

Holcomb, along with members of INDYCAR and the American Legion, announced the launch of the “Be The One” initiative at a press conference Wednesday at the Indianapolis Motor Speedway. The campaign aims to raise awareness about veteran suicide deaths and remove barriers to mental health care for veterans.

In 2019, the rate of veteran suicide rate decreased, according to a report by the Department of Veteran Affairs. But veterans still die by suicide at twice the rate of the adult population in the U.S.

Holcomb, a navy veteran, said as part of the campaign, Indiana will introduce a hotline in July that will connect veterans to mental health resources.

“I think it's our duty, quite frankly, as citizens of this nation and state, for those who are fortunate to make it back, to be there for them,” he said.

Mark Clark, a veteran and the national chairman of the National American Legion Riders, said he hopes this campaign can help ensure veterans get the help and support they need.

“Once you’ve seen war, you never stop seeing it. And that's really the challenge: How can we link those resources to help those veterans through that transition?” Clark said. “Too many veterans think that asking for help is a sign of weakness”.

Clark said the general public may not understand the depth of the challenges veterans face when they return home. He said many veterans and active-duty military service members don’t seek help when they need it because of stigma.

“When I came home from war, I would see it in my sleep, I still see us there. There are times it visits me,” Clark said. “I've sought out counseling from the Veterans Administration. And I worked through it using the resources that are available. And what we hope this campaign will do is bring awareness to those resources.”

The overarching message of the campaign is: “be the one” who saves a veteran’s life. Tony Kanaan, the 2013 Indy 500 winner, will drive a car with that tagline on it in the upcoming race on May 29.