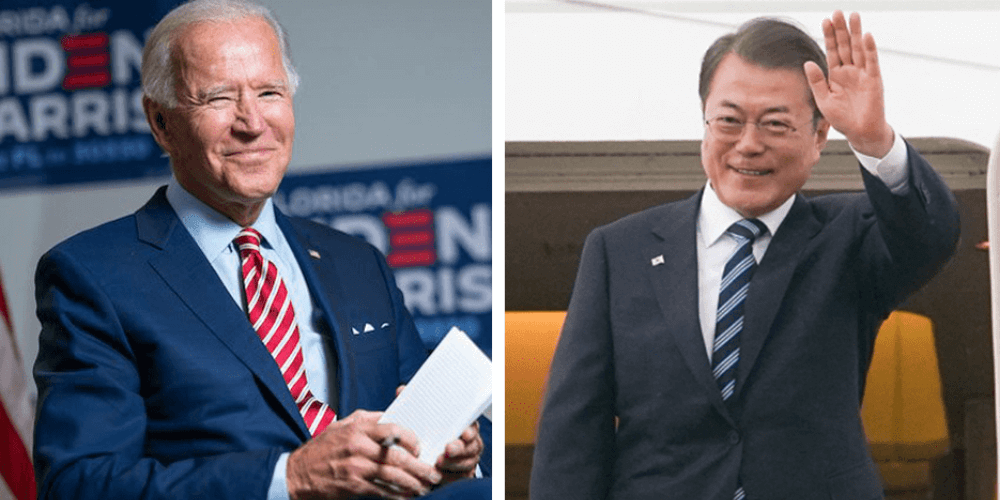 Ike warned 68 years ago Tuesday that it could take a while to reach a peace treaty on the Korean peninsula to follow up on the armistice of July 27, 1953.

"So at long last, the carnage of war is to cease, and negotiations at the bargaining table are to begin," President Dwight D. Eisenhower said in an address to the nation an hour after signing the armistice.

The armistice agreement called for a political conference to be held within three months to discuss "the peaceful settlement of the Korean question, etc."

That conference never happened, leaving the U.S. technically in a state of war with North Korea, and formal peace on the peninsula has remained an afterthought ever since.

In the annual White House proclamation issued Monday marking the anniversary of the armistice, President Joe Biden said that the U.S. had pushed for a peace deal over the decades but "that settlement still has not been reached, and the Korean Peninsula remains divided along the 38th parallel."

Despite a stalemate frozen in time, the seesaw war in which Seoul changed hands four times yielded a continued U.S. military presence, providing the shield that has allowed South Korea to grow "into a thriving, vibrant country, and the enduring relationship between our two nations has flourished," Biden said.

The armistice anniversary also offers the "opportunity to honor, remember, and pay tribute to the Korean War veterans who fought to defend those universal values and freedoms that the people of South Korea enjoy today," he added.

Some of those veterans saw little chance of progress, much less a breakthrough, on a peace treaty that could lead to the unification of the two Koreas.

"It's a morass, a political morass," said 92-year-old retired Marine Col. Warren H. Wiedhahn, who served in Korea and then in Vietnam. He believes there's no way out unless North Korean dictator Kim Jong Un completely reverses course on giving up his nuclear weapons.

And Kim Jong Un "is not going to give up those nukes," said Wiedhahn, who fought at the Pusan perimeter, the Inchon landings and the "Frozen Chosin" reservoir.

Despite the lack of progress on a settlement, Cunningham said he was heartened by South Korea's stunning rise from the devastation of the war that he witnessed.

With some degree of irony, the words of Gen. Douglas MacArthur, the commander in Korea who was relieved by President Harry S Truman, are etched on a wall of the National Museum of Korean Contemporary History in Seoul: "It will take them 100 years to recover from the devastation."

"To see the rise {of South Korea] 68 years later, it's nothing short of amazing," Cunningham said of the democracy and economic power that South Korea has become.

At a joint White House news conference May 21 with South Korean President Moon Jae-in, Biden said he wanted the "total denuclearization" of North Korea and would not consider meeting with Kim unless that was on the table.

He noted that former President Donald Trump had met with Kim three times without making progress toward that goal.

But North Korea earlier in May had already called the Biden proposal on the North's nuclear arsenal a non-starter.

North Korean propaganda outlets, responding to Biden's earlier charge that North Korea's nukes pose a security threat to the world, cited a statement from Kwon Jong Gun, head of the Foreign Ministry's department of U.S. affairs, saying that Biden had made a "big blunder" in targeting the North's nuclear programs.

The current state of relations with China, which the Pentagon describes as a "near-peer competitor" threat, also offers little prospect for a North Korea agreement.

As a signatory to the 1953 armistice, China would have to be included on any peace deal. But on the eve of the anniversary of the cease-fire, a top Chinese diplomat told American negotiators that the U.S. was trying to make an "imaginary enemy" out of the Beijing regime to divert attention from problems at home.

Chinese state media reported that Vice Foreign Minister Xie Feng told U.S. Deputy Secretary of State Wendy Sherman that the U.S. was acting "as if once China's development is suppressed, U.S. domestic and external problems will be resolved, and America will be great again, and America's hegemony can be continued."

Last weekend, North Korean outlets reported that busloads of Korea war veterans were headed to Pyongyang for ceremonies Tuesday marking the end of the war, which the North views as a victory in the "Fatherland Liberation War."

At last year's ceremony, Kim presented his generals with keepsake handguns while vowing to maintain his nuclear weapons.

The weapons mean that "now we are capable of defending ourselves in the face of any form of high-intensity pressure and military threats from imperialists and hostile forces," Kim said, according to state media.

Nearly seven decades after the armistice was signed, the U.S. military still maintains 28,500 troops in South Korea in permanent readiness to "fight tonight" against possible attack.

In a July 2 change-of-command ceremony, Army Gen. Paul LaCamera, who was taking over U.S. Forces Korea, United Nations Command and Combined Forces Command from the retiring Army Gen. Robert B. "Abe" Abrams, made clear that there would be no change in the force posture.

"The most sacred trust given to me is to prepare our soldiers, sailors, airmen, Marines, guardians and civilians to fight and win," LaCamera said.

On the National Mall on Tuesday, ceremonies at the Korean War Veterans Memorial with American and South Korean veterans of the conflict in attendance will turn more to remembrance than the way ahead.

The most striking feature of the memorial, which was dedicated July 27, 1995, on the 42nd anniversary of the armistice, are the 19 figures of U.S. service members in ponchos on eternal patrol.

In May, a groundbreaking ceremony was held for the addition to the memorial of a Wall of Remembrance listing the names of 36,595 American service members who died in the Korean War and the names of 7,174 Korean Augmentation to the United States Army members who fought alongside them.

At the ceremony, retired Army Gen. John H. Tilelli Jr., chairman of the Korea War Veterans Memorial, said the Wall will "honor and pay homage to those who made the ultimate sacrifice in the cause of freedom."