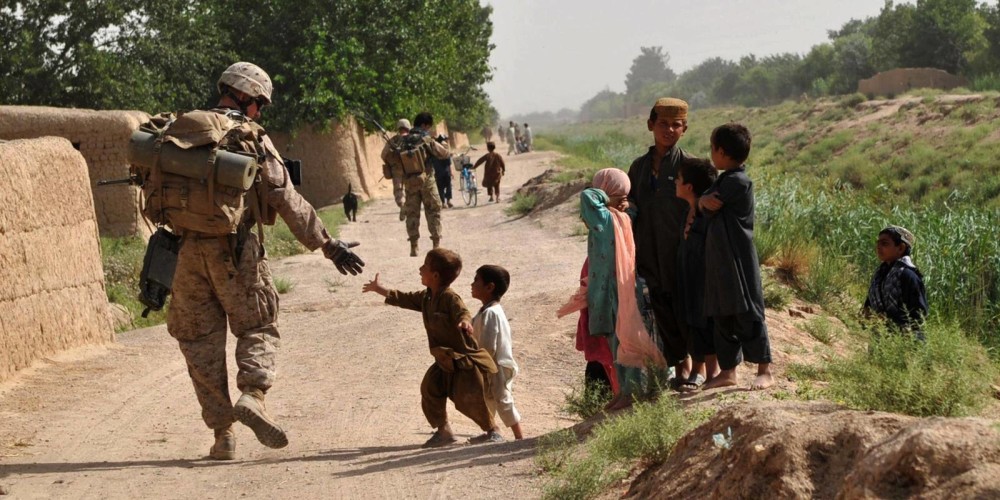 As winter deepens in Afghanistan, a grim situation is deteriorating. Freezing temperatures are adding to the misery caused by the fall of the U.S.-backed government and the takeover by the Taliban.

Nearly 9 million people face the threat of starvation, according to aid groups and international agencies. For warmth, people have burned furniture and sold their children to buy food.

Earlier this month, the United States announced $308 million in humanitarian aid to Afghanistan, and it is working with the United Nations (U.N.) for additional assistance. U.S. sanctions on the Taliban should not obstruct humanitarian aid, according to the Biden administration.

However, there are increasing calls to do more, such as unfreezing Afghan government funds held at the New York Federal Reserve Bank.

Why did conditions in Afghanistan deteriorate so quickly?

More than half of Afghans lived on less than $2 a day before the Taliban took control in August. Approximately 80% of the Afghan government's budget comes from international donors.

According to the U.N., more than half of children under the age of five are malnourished. The country was also suffering from a prolonged drought, which is devastating for a country whose agriculture makes up 25% of its GDP.

With the withdrawal of the United States after two decades of war, about half of the economy was devoted to the military and other support. The majority of government employees had not been paid for two months before the Taliban took over. The Taliban forced about half a million Afghans out of the workforce since then, including many women.

Due to a currency shortage, Afghans cannot access all the funds in their bank accounts at home. A government whose authorities are subject to U.S. sanctions have a difficult time doing business with banks, so people abroad have difficulty sending money back home.

IRC crisis response manager Ciaran Donnelly said that many people cannot afford to buy food on the market. According to Donnelly, the situation is a humanitarian crisis, an economic collapse, and a state failure all at once. "And these things feed off one another, too."

What has the United States done so far to help?
After the withdrawal, which started after former President Donald Trump signed a peace agreement with the Taliban, the United States will deliver humanitarian aid to Afghanistan.

According to the administration, the United States is still the biggest humanitarian aid provider in Afghanistan and contributes to the U.N.'s fund drive.

Al-Qaida plotted the 9/11 attacks, but the United States hasn't recognized the new government or lifted sanctions against the Taliban and its senior leaders.

This has at least created a perception that doing business in Afghanistan or sending money is off-limits.

A senior administration official acknowledged that there is the perception that sanctions extend beyond the Taliban leadership. In December, officials said, the United States issued "general licenses," which ensured international organizations, other nations, and non-governmental organizations that humanitarian aid could be provided despite the sanctions.

A U.S. official said the country is working with the World Bank and Asian Development Bank to use money that was set aside for Afghan reconstruction before the Taliban took control for humanitarian relief.

According to Roya Rahmani, the issue mustn't be entangled with humanitarian aid, which is vital even if some of it ends up with the Taliban.
Currently, Afghanistan is undergoing a very potent and real disaster, she said.

Do you know what happened to the Afghan money frozen in the United States?
The Federal Reserve Bank was taken over by the Taliban in August, which resulted in almost $7 billion in Afghan funds being frozen. Despite Taliban demands, the money can't be transferred to them due to sanctions.

Relatives of the people who perished in the Sept. 11, 2001, attacks have a right to the money to settle the verdict in a lawsuit they filed against al-Qaida and the Taliban.

Professor Shah Mehrabi says some of the frozen funds should be used to stabilize prices in the country, pay salaries of civil servants, and keep the private sector alive. Unless the economy stabilizes, it could go into freefall.

Since the Taliban took over Afghanistan in August, they've started talking.
Nearly $10 billion in money frozen by Western countries will be released.
Is there more the United States and others can do?
The official acknowledged that the general licenses are intended to assure businesses and governments that they won't face legal repercussions for doing business in Afghanistan, though aid groups and others have urged the Treasury Department to issue "comfort letters" assuring them of the same.

Similarly, the administration could encourage the unfreezing of Afghan government assets in foreign banks. Former Afghan ambassador Rahman says the international community should sit down and devise "creative" solutions such as a mobile banking system for Afghans overseas to send money home.

Rahman says whatever is done should happen soon. "Starvation and suffering breed hopelessness and hopelessness breeds extremism and terrorism," she said.