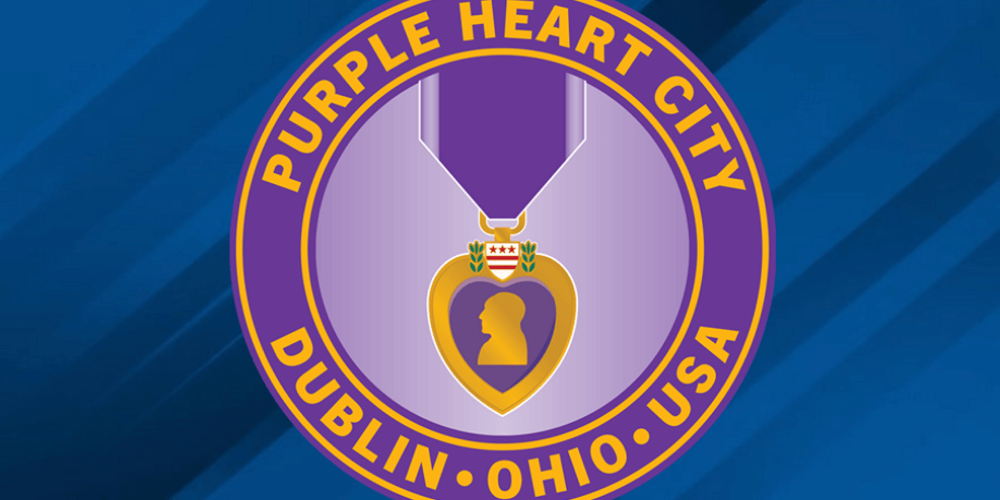 Dublin will light the Dublin Link pedestrian bridge crossing the Scioto River purple and white on Aug. 7 to recognize Purple Heart Day and its new status as a Purple Heart City.

The new status is thanks to resident Sean Clifton, 48, who once thought he never would see Dublin – or his family – again.

On May 31, 2009, the U.S. Army Special Forces veteran was shot six times – with three rounds missing his body armor – when leading his team into a Taliban stronghold in Afghanistan that had more enemies than expected.

Clifton received a Purple Heart for being wounded during the mission. As a member of the Dublin Veterans Committee, he worked to have Dublin designated as a Purple Heart City.

Mayor Chris Amorose Groomes delivered a proclamation July 26 to a chapter of the Military Order of the Purple Heart, whose honor guard performed at Dublin’s new council chamber.

It was the council’s first meeting in the new chamber and its first live in-person meeting since June 2020 because of the COVID-19 coronavirus.

Although there are no criteria for being designated a Purple Heart City, a proclamation from a city or village’s government is among the required actions, Clifton said.

To honor the occasion, the Dublin Link will be lighted in purple and white on Aug. 7.

The Purple Heart is awarded to members of the armed forces wounded by an instrument of war in the hands of the enemy and posthumously to the next of kin in the name of those killed in action or die of wounds received in action. It is specifically a combat decoration.