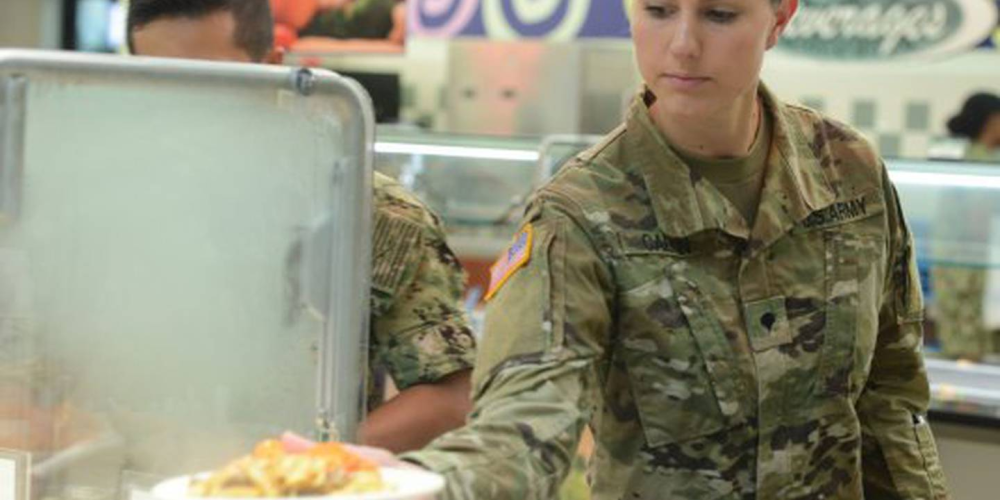 How often do service members refuse to dine at their dining facility and pay out of pocket to eat elsewhere?

Defense and military officials, for the most part, are clueless.

According to a report by government auditors, they don't have enough data to assess how effective they are at their primary objective of feeding the troops.

Tracking the utilization of meal entitlements would allow food service program officials to keep an eye on their programs and determine whether they need to take any actions to encourage service members to dine in the dining halls more frequently. Food allowance money is deducted from service members' salaries to provide them with three meals daily. However, some choose to eat out of pocket.

According to GAO, the DoD should track the usage of meal entitlements, identify and publish standard data on food program costs, and communicate with other DoD entities, federal agencies, and industry as it implements a formal procedure for changing food ingredients. Auditor's report notes that menu standards are an essential aspect of the Department of Defense's food program, and the department needs to be more transparent when making adjustments.

Junior enlisted service members living in barracks or dormitories are the major clients of all military food service systems, and providing them with meals is their primary mission. The Army's dining facilities are known as "warrior diners," while the Navy's are known as "galleys," and the Marine Corps' is known as "mess halls."

Except in specific circumstances, such as basic training, all service members eligible for basic pay are also suitable for Basic Allowance for Subsistence. Enlisted troops in grades E-1 through E-6 may be assigned to critical station messes if they are permanently assigned to dwell in single government quarters ashore. In either case, individuals are directly charged for all meals the government provides by deductions from their wages.

The Air Force's Food 2.0 program, which permits airmen living in dorms to eat at more designated facilities, including bowling centers, clubs, and golf course snack bars, was initiated before the pandemic hit.