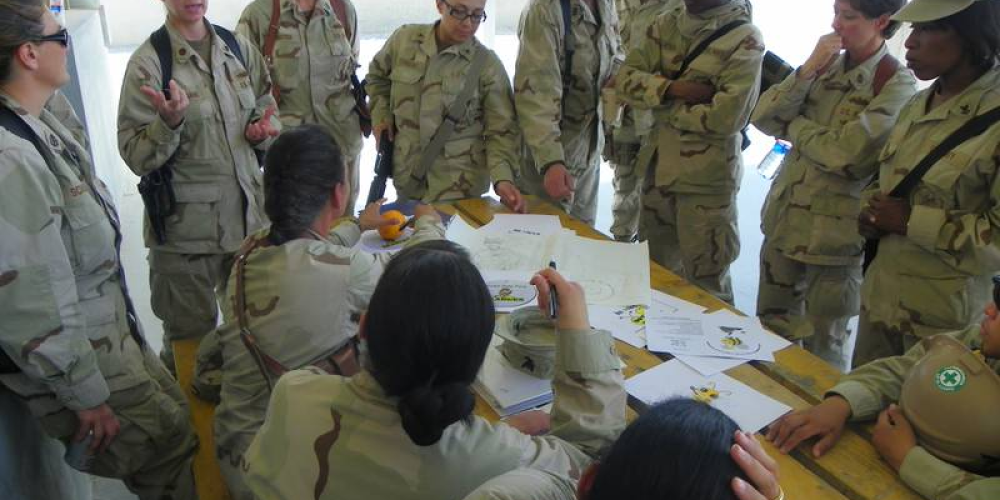 Secretary Denis McDonough promised to make the Department of Veterans Affairs more "inclusive" as an institution in his first message to workers immediately after his confirmation in early 2020 and to ensure that "VA embraces all veterans, including women, veterans of color, and LGBTQ veterans."

However, in the 16 months afterward, most VA facilities have continued to welcome veterans with a phrase inscribed on the wall aimed solely at men, a message that critics say is uninviting to many veterans.

The conflict revolves around the department's long-standing motto, based on President Abraham Lincoln's commitment in his second inaugural address to "care for him who shall have borne the war, and for his widow and orphan."

Advocates argue that the slogan is too gender-specific for today's diverse veteran's community and have fought to change it to "to care for those who shall have borne the war, and for their families, carers, and survivors."

Many Democratic politicians and some Republicans have endorsed the idea. Still, it was mostly ignored during President Donald Trump's administration, when then-VA Secretary Robert Wilkie publicly opposed any shift, arguing it was rewriting American history.

When McDonough took office, supporters thought the idea would move fast as part of Biden's promised VA changes. Instead, the problem has been dormant for months.

Veterans organizations claim they were surveyed about possible changes months ago but have yet to receive a response. When queried about it, officials from the agency claimed there were no upcoming announcements.

"This has a tremendous level of frustration," Hetrick remarked. "Nothing is occurring," says the narrator.

In 2020, House legislators introduced legislation to force a change in the motto, but the bill died in the Senate. Rep. Kathleen Rice, D-N.Y., one of the bill's supporters, feels the matter can now be addressed most readily by the VA administration and wants to see action soon.

She claims, however, that VA authorities have provided no new information on the matter.

The necessity for a new slogan is "far overdue," she said. "I believe it is well known... I believe other matters, such as the epidemic and other priorities, have taken precedence."

The Congressional Budget Office estimates that changing the motto will cost about $1 million in plaques and exhibits in five years.