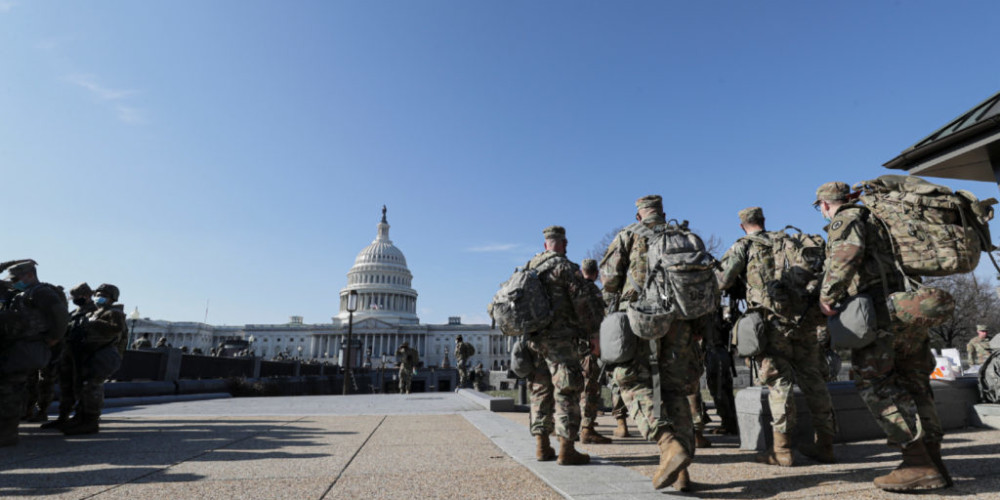 Amid the violent insurrection in Washington D.C., Lloyd Austin became the first defense secretary to sign a memo directing commanding officers across the armed forces to implement a one-day stand-down.

The stand-down took place after several veterans and active-duty service members were arrested on Jan. 6, 2021, as well as thousands of Trump supporters who stormed the U.S. Capitol in a clash that left one person dead and damaged the building. The building is often regarded as a symbol of democracy in the United States.

Austin's order, which came as the United States as a whole struggled with how to address racism, was the latest in a series of decades-long military efforts to clear its ranks of extremists and white supremacists.

Recently, the military released new rules to deal with extremism in response to the order, including disciplinary action for liking or retweeting white nationalist and extremist content on social media. In addition, the Department of Defense updated its recruit screening process and prepared troops who are retiring from service to avoid being targeted by extremist organizations.

Despite the new rules, an investigation by the AP found that racism and extremism remain a problem in the military.

Furthermore, the new guidelines do not address the disparities that persist under the Uniform Code of Military Justice, which governs the U.S. military.

There has been evidence in numerous studies that Black and Hispanic service members face disproportionate investigations and courts-martial. An analysis by the Naval Postgraduate School concluded that Black Marines were punished and convicted at courts-martial at a five-fold higher rate than their counterparts in other races.

The AP investigation found that the military's judicial system lacks an explicit category for bias-motivated crimes, as the federal government, 46 states, and the District of Columbia have. It is impossible to quantify crimes motivated by prejudice without such a category.

NCIS said in an email that although hate crimes may have occurred, their investigation is not titled as such. Regardless of the reason for the assault, a person assaulted is still considered an assault regardless of the motive.

President Joe Biden signed the National Defense Authorization Act recently. It requires the Defense Secretary to propose a new law if one is needed to deal with violent extremism within 180 days. However, it doesn't address racial disparities in military law or hate crimes.