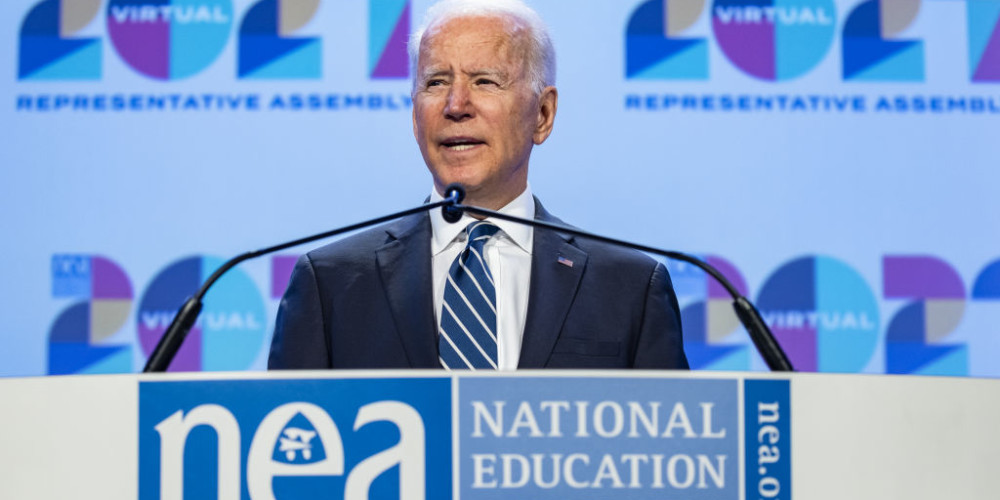 A day before the end of the student loan moratorium, President Joe Biden’s administration announced nearly $12 billion in cancellations, most of them for borrowers who have served in the public or military service.

However, one Jacksonville veteran still is drowning in debt after his run-in with a for-profit school left him unable to find employment or further his education.

During his time in the Army, Makael Swenson was awarded the Purple Heart. The same year he was wounded in Afghanistan, Full Sail University began contacting him.

In the end, his GI Bill benefits were all used up, and he didn’t have anything to show for it.

Unfortunately, Swenson finds himself outside of Biden's relief effort parameters. He may have been able to have his for-profit education debt forgiven under Biden's provision for disabled federal borrowers or borrowers who feel that for-profit institutions have taken advantage of them, but Swenson didn’t take out loans.

Swenson appeared last week as the Department of Education negotiated new regulations on federal student aid at the request of Veterans Education Success. He hopes that by talking about his experience, he can prevent other veteran students from experiencing the same fate.

There is no evidence that Full Sail has exploited veterans like Swenson, who make up 12% of the student population.

Casey Tanous, Full Sail's director of public relations, says the company is proud of its years of work with veterans and the success of its alumni.

"To be clear, there is nothing 'predatory' about Full Sail's involvement with its veteran students, and such claims are at best inaccurate," Tanous said.

For-profit colleges lured Cerena Jones with promises of high-quality education and a well-paying job, but instead, she left school with mounds of debt and a degree that was discredited.

In 2003, David Reyasbautista, a Marine, attended a for-profit school that promised him a job at a major car company, only to discover that the certificate he earned after many years of hard work did not qualify him for a mechanic job.

The GI Bill pays the total cost of undergraduate education for veterans at public and in-state universities, or even a significant portion of that education at a private university. Other federal and state benefits they receive are often the main reason for-profit colleges recruit veterans.

NBC reported in 2019 that the administration under former President Donald Trump ignored numerous complaints against for-profit colleges, pulling regulations meant to oversee them and prevent them from defrauding students.

Full Sail was cited as the No. 4 school among those with the most formal complaints to the Department of Veterans Affairs that year.

In the last three years, the Better Business Bureau has listed 60 complaints against Full Sail, including at least three related to billing issues.

The company offered to waive charges or release withheld transcripts as "acts of goodwill" to resolve those complaints but insisted that these actions were "not an admission of error or wrongdoing on our part."

Swenson attempted to get a bachelor's degree twice, from 2013 to 2015, but dropped out and re-enrolled from 2017 to 2018. Having obtained an associate degree, he found he could no longer afford college without loans.

Swenson claims that Full Sail offered him an education that promised a good-paying job and career support upon graduating.

With a 3.5 GPA, Swenson will complete his first year at FSCJ. Due to Full Sail's lack of regional accreditation, only eight credits could transfer from what would have been a two-year degree into the Florida educational system.

Swenson says Full Sail repeatedly reached out to him with job leads, but none of them worked out and tried to entice him back to complete his degree.

He has now taken out $24,000 in federal loans to cover the cost of his schooling. Because most of his previous school's credits didn't transfer, Swenson is seeking GI Bill money from the VA, but because the VA is understaffed due to the COVID-19 pandemic, he isn't sure when his application will be processed.

His current plan is to complete his associate degree and transfer to Florida State University to study electrical engineering.