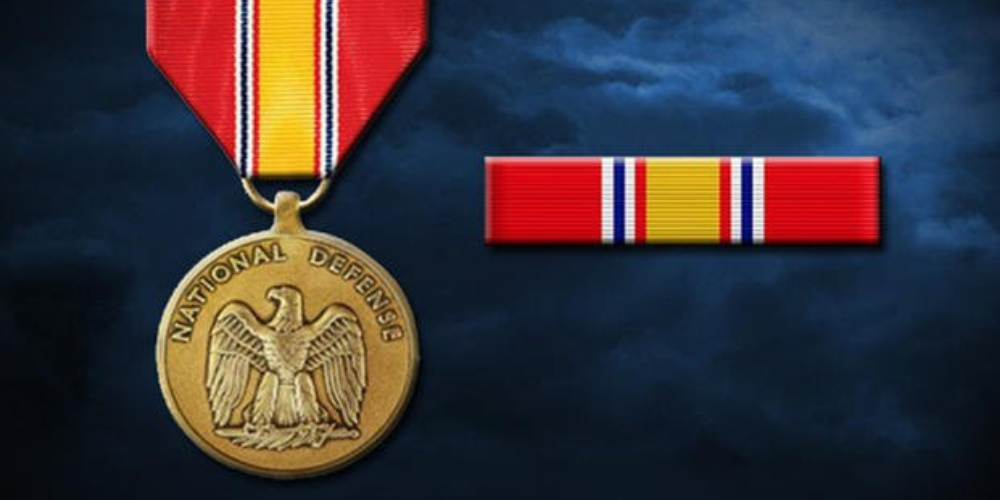 There is no plan to retire the National Defense Service Medal, or NDSM, the military's most common decoration, even after U.S. troops pull out of Afghanistan later this month.

"The NDSM is reviewed annually to determine if the award is still merited," Maj. Charlie Dietz, a Pentagon spokesperson, told Military.com in an email. "At this time, there are no plans to discontinue awarding the NDSM."

The NDSM is awarded to anyone who serves during a period of war; it was first given out during the Korean War. The service member does not have to serve in a war zone, and the ribbon is pinned on their uniform upon graduating basic training.

The award was used from June 1950 to July 1954 for the Korean War, lasting about a year after the conflict ended. The NDSM was brought back for the Vietnam War. Troops were eligible for it from January 1961 to August 1974, only a few months after that war ended.

The NDSM was again reintroduced during Operation Desert Storm in August 1990 but wasn't retired until November 1995 -- four years after combat operations wrapped up.

For contemporary troops, although the NDSM was spurred by the invasion of Afghanistan, it was authorized for the Global War on Terror, which is not limited to Afghanistan and includes parts of Africa, Syria, the Philippines and other possible theaters in the future.

It is unclear whether this means the NDSM effectively will be a permanent automatic award moving forward for all troops who serve, despite major theaters of U.S. operations coming to a close. President Joe Biden plans to end the U.S. war in Afghanistan this month, and there are preliminary plans to start a withdrawal from Iraq.

The Department of Defense also has a second medal with similar criteria, the Global War on Terrorism Service Medal, which is awarded to troops who support operations for the post-9/11 war efforts. That award is also given to those who serve within the United States, including National Guard troops who supported airport security immediately following 9/11.

Troops also earn medals for specific campaigns they serve in when deployed abroad, such as an Afghanistan Campaign Medal. It is accompanied by a NATO Medal for 30 days of service in operations supported by other nations.