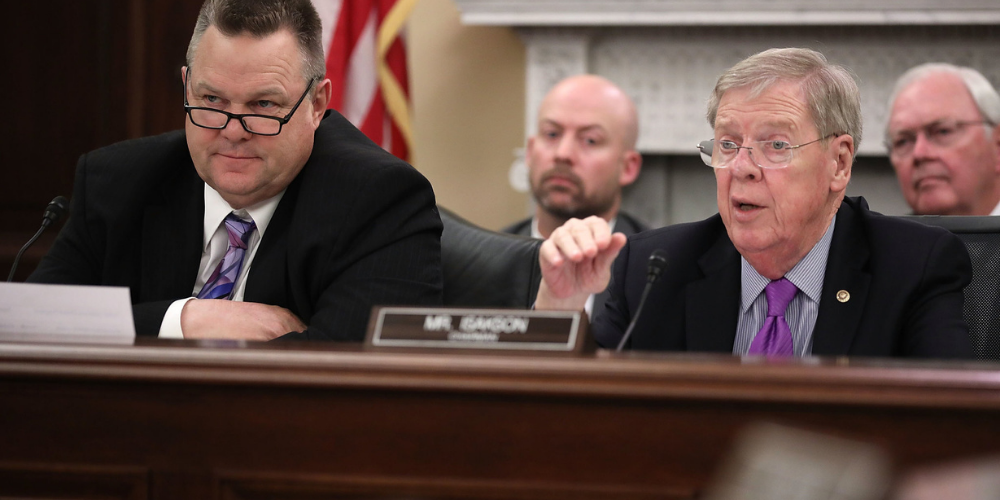 The 2022 National Defense Authorization legislation, passed by the House Armed Services Committee early Thursday morning, would push the Pentagon to explain how it plans to put a better, more powerful engine in the Air Force's F-35A Lightning II fighter jet.

The legislation calls on the Pentagon to tell lawmakers how it would integrate the propulsion system being developed under the Adaptive Engine Transition Program into all F-35As, beginning in fiscal 2027, as well as its schedule for doing so.

The Air Force in 2016 awarded a pair of billion-dollar contracts, one to General Electric Aviation and another to Pratt & Whitney, to develop a new, cutting-edge engine as part of that program. The turbine engine, now being tested, would have improved fuel efficiency and increased thrust, the service said in a press release at the time.

The report on the new engine would be due two weeks after the White House submits its fiscal 2023 budget next year.

In a background briefing with reporters Aug. 27, an aide to the committee's Democratic members said this provision was not intended to box the Air Force in but allow it to move to the program's entirely new engine. The service instead could look at upgrading the F-35's current F135 engine, the aide said, as long as it finds a way to increase competition in the propulsion purchasing process.

In a July hearing, Air Force Lt. Gen. Eric Fick, the F-35's program executive officer, said that, while he was impressed by what he saw on a recent tour of a GE facility working on the new engine, there is still "a lot of work to be done" before it can become a reality.

And the legislation shows lawmakers' continued concern with the costs necessary to keep the advanced fighter flying. It would require Defense Secretary Lloyd Austin to brief the committee by March 1 on the Defense Department's plans to increase competition in the program, such as by getting parts and equipment from other contractors besides the original manufacturers, and reduce costs by 2026.

It also would order the Pentagon to further study, and then fix, problems with the F-35's pilot breathing system, which have led to episodes in which pilots didn’t get enough oxygen.

Apart from the F-35, the legislation would allow the Air Force to buy 12 F-15EX Eagle II fighter jets, an extra request from service that wasn’t included in its proposed budget. The F-15EX is an updated version of the fourth-generation F-15E Strike Eagle fighter, which will allow the Air Force to retire its aging F-15C and D models.

The committee also adopted an amendment from Rep. Mike Rogers, R-Ala., that would add almost $24 billion to the Pentagon's budget. Rogers' amendment would provide another nearly $118 million for spare engines for the Marine Corps' F-35B, as well as $129 million more for depot support to maintain the jet.

This news has been sourced from https://www.military.com/daily-news/2021/09/02/congress-wants-know-how-air-force-will-get-better-f-35a-engine.html