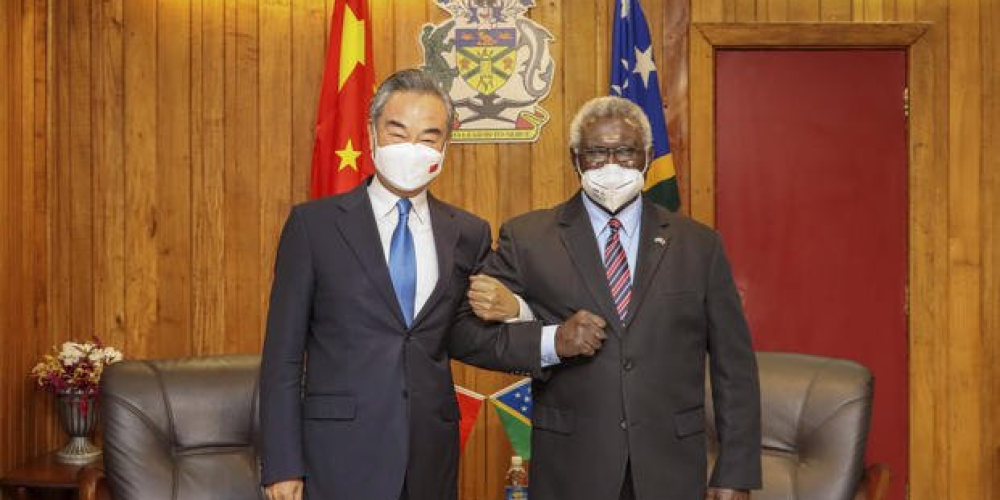 When China inked a security deal with the Solomon Islands in April, the United States and its allies were concerned that Beijing was pursuing a military outpost in the South Pacific, where the United States has traditionally exercised naval dominance.

China claims that its initiatives are aimed at regional stability and economic prosperity. Still, experts and governments fear that behind the surface, they are a bold attempt to expand China's influence in a strategically important region.

David Panuelo, the president of Micronesia, urged his counterparts to resist signing on to it because it could lead to a "new Cold War at best, and a world war at worst."

China wants to train Pacific police personnel, collaborate on "conventional and non-traditional security," and boost law enforcement collaboration, according to a copy of the plan acquired by The Associated Press.

Furthermore, China is exploring the possibility of forming a free trade zone with Pacific states and collaborating on a marine fisheries strategy.

According to Euan Graham, a senior fellow at the International Institute for Strategic Studies in Singapore, a Chinese presence on some Pacific islands would entail a better ability to delay US naval assets and disrupt supply lines in a conflict.

Wang Yi, China's top diplomat, is holding virtual meetings with three other island nations in hopes that the accord will be ratified at a summit in Fiji on May 30.

Apparently, Beijing decided to act now to throw new Prime Minister Anthony Albanese off guard as the diplomatic blitz coincides with a change of leadership in regional giant Australia.