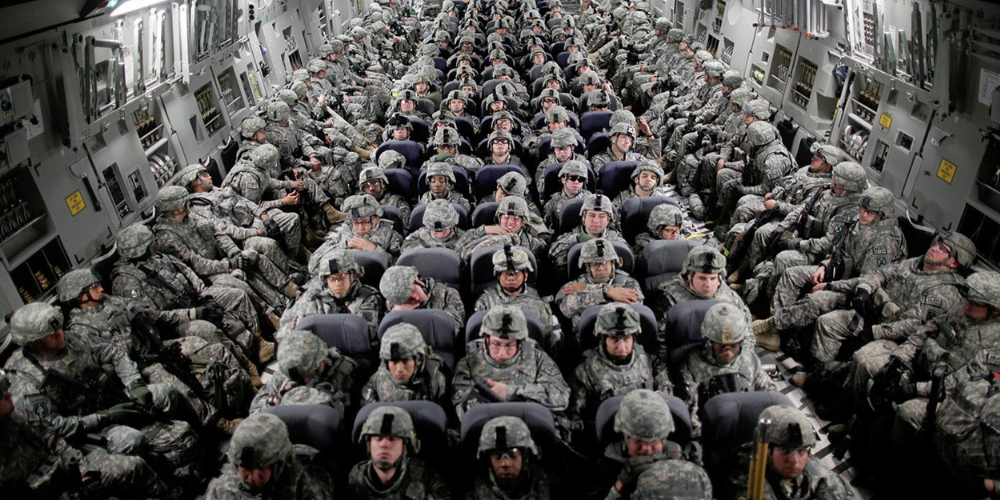 America’s longest war ended as the last soldier left Afghanistan on Monday. But how do those who served in Afghanistan remember the last 20 years of blood, sweat, and tears?

“Regardless of who you are or how resilient you are, war is going to change you,” Nicholas Stefanovic, Director of Monroe County Veteran Services, said.

Stefanovic said he had never planned to join the United States Marine Corps. However, on September 11, 2001, the trajectory of his life changed forever.

As the first hijacked plane hit the north tower of the World Trade Center, an undeniable enemy was born. America stood still.

“That was a day, like for many others, it changed the trajectory of my life,” Stefanovic said. “I was angry, like everybody else, but I had not been involved with anything other than my own life at that point.”

Along with two friends, Stefanovic joined the Marine Corps in 2002. He said it was no secret that he was signing up to go to war.

Unlike Vietnam or World War II, the Afghanistan War had no draft. But according to the Department of Defense, enlistment went up by 8% the year after 9/11.

In 2003, Nick arrived at his first deployment in Afghanistan.

For those who served in the war-torn country, the first day is hard to forget.

“My first reaction going over there was, I was terrified. You ask anybody; you are going to be terrified,” Matthew Reilly, New York National Guard veteran.

For most in Afghanistan, the Taliban’s mission for power was at the center of their everyday lives.

“The Taliban is an evil regime. There is no compromise with them,” Stefanovic said.

Although Reilly enlisted seven years after 9/11, he said the Taliban never changed.

“It’s their mission to kill, and they get pleasure in that,” Reilly said.

The U.S. hoped to train the Afghan military and police force to fight the regime. Senator Rob Ortt, an Army combat veteran who deployed to Afghanistan, said, in the beginning, they had hoped their efforts would work.

“It was a very important mission. I felt important to the ultimate goal, to leave Afghanistan better than we had found it,” Ortt said.

However, no matter the job, every soldier, sailor, airman, or marine eventually had to come home. For many Veterans, that was the most difficult part of their service.

“They have to see a body blown apart or respond to a school that’s been bombed and clean up the parts. You can’t do that and not have your entire life changed,” Stefanovic said.

According to a study conducted by Veterans Affairs, as many as 500,000 U.S. troops who served in Iraq and Afghanistan have been diagnosed with PTSD.

“Within two years of war, I was homeless. I actually lived under a bridge here in Rochester for a while. I struggled with substance abuse problems,” Stefanovic said.

Stefanovic, who now works as Director of Monroe County Veteran Services, says the solution is purpose.

“When soldiers come back, they need help. We are lost when we come back,” Reilly said.

After spending 11 years as a member of the Army National Guard, Reilly became a New York Honor Guard member for five years. He said honoring those killed in action or who passed away years after their service gave him resolve.

“Everyone who served in the military is connected through purpose,” Stefanovic said. “We all had very clear and defined goals. And we all believed in something.”