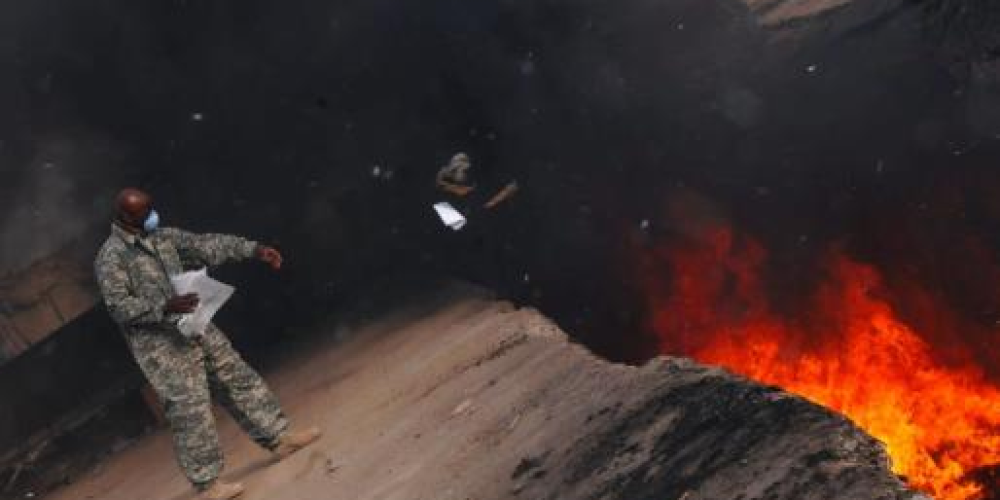 After passing the Senate on Thursday, a historical extension of veterans benefits for millions of people who were exposed to poisons while serving in the military is on its way to becoming law.

The Senate approved the Sergeant First Class Heath Robinson Honoring Our PACT Act, which would expand health care and disability benefits to an estimated 3.5 million veterans exposed to fire pits and other airborne hazards. Republicans accounted for all of the "no" votes.

Before becoming law, the bill must pass the House of Representatives and be signed by Vice President Joe Biden. However, after some senators in the Senate objected to the plan's cost in a previous version, the bill is now anticipated to glide through the Senate.

The measure would classify 23 ailments suspected of being linked to military service, including hypertension, brain cancer, chronic bronchitis, and more. The street is named after a veteran who died of lung cancer from exposure to burn pits while serving in Iraq.

"Battle always has a cost, and that cost is never entirely paid until the war is over," Senator Jon Tester said during floor debate on the bill."

Due to military service, the Department of Veterans Affairs has already treated asthma, rhinitis, sinusitis, and nine different types of respiratory malignancies. VA rules dictate that vets must prove that their ailments are linked to their service, which, due to sloppy records from the Defense Department or a lack of scientific data proving burn pits cause illness, often proves to be pointless.

In addition to increasing the list of presumptive diseases, the PACT Act would streamline the process for adding more illnesses to the list, which senators hope will avoid the need for additional legislation if new toxic exposure-related disorders arise.

Most of the bill is dedicated to post-9/11 veterans exposed to massive trash fires known as burn pits, which were frequent during the wars in Iraq and Afghanistan. As part of the bill, there are provisions to assist previous generations of veterans who may have suffered exposure to toxins such as radiation during nuclear waste cleanup in the 1960s or Agent Orange during the Vietnam era.