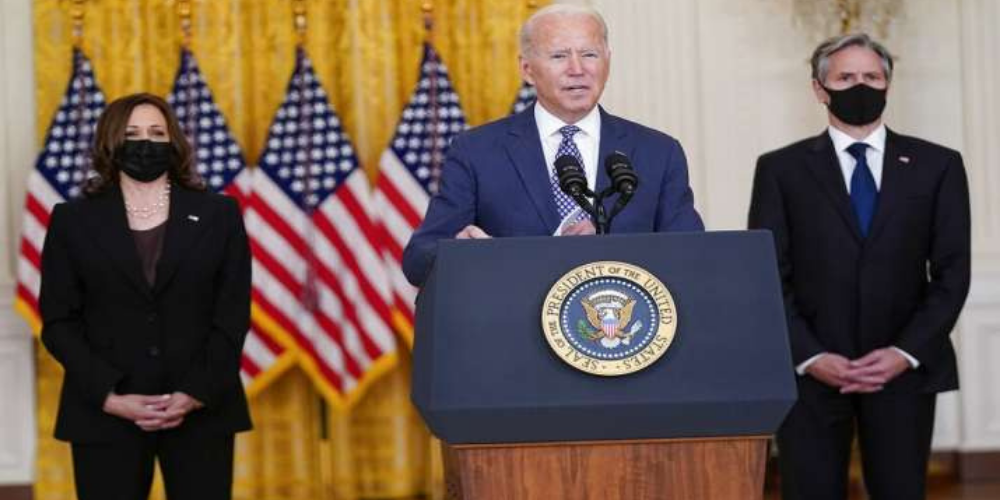 Sung Kim’s visit to Seoul comes amid declining expectations for a quick resumption of talks and new tensions over ongoing U.S.-South Korean military exercises. North Korea has described the exercises as a rehearsal for an invasion and has threatened unspecified countermeasures that would cause a “security crisis” for the U.S. and South Korea.

After meeting with senior South Korean diplomat Noh Kyu-duk, Kim reiterated that the Biden administration has no hostile intent toward North Korea and that the joint drills are routine and defensive in nature.

Kim and Noh told reporters they discussed possible ways to facilitate diplomacy, including humanitarian cooperation with North Korea in providing anti-virus resources, sanitation and safe water. They did not announce any specific plans.

“The United States does not have hostile intention for (North Korea,” Kim said. He said the joint U.S.-South Korea military exercises are “long-standing, routine and purely defensive in nature and support the security of both our countries.”

“I continue to stand ready to meet with my North Korean counterpart at anywhere and at any time,” Kim said.

Talks between the United States and North Korea have stalled since the collapse of a summit between former President Donald Trump and North Korean leader Kim Jong Un in 2019, when the Americans rejected the North’s demand for a major easing of economic sanctions in exchange for a partial reduction of its nuclear capabilities.

Kim has since pledged to bolster his country’s nuclear deterrent while urging his people to stay resilient in a struggle for economic self-dependence in the face of U.S. pressure. His government has so far rejected the Biden administration’s overtures for talks, demanding that Washington abandon its “hostile” policies first.

North Korea has closed its borders since the start of the pandemic, but it will eventually have to open itself to humanitarian assistance and dialogue with the United States to carry out vaccinations, said Leif-Eric Easley, a professor of international studies at Ewha Womans University in Seoul. That doesn’t necessarily mean it will abstain from a missile test during or after the U.S.-South Korea drills, Easley said.

While North Korea has yet to report any coronavirus infections, experts have expressed skepticism about its claim of a perfect record, given its poor health care system and the porous border it shares with China. Edwin Salvador, the World Health Organization’s representative to North Korea, told The Associated Press last week that the North has yet to complete the “technical requirements” that are needed to receive vaccines under the U.N.-backed COVAX program.

The atmosphere for diplomacy deteriorated further this month when Kim’s powerful sister released a statement saying the drills were the “most vivid expression of the U.S. hostile policy” toward North Korea and that the North will work faster to strengthen its preemptive strike capabilities.

The United States and South Korea are conducting a nine-day joint military exercise that began last Monday which Seoul’s Defense Ministry says is mostly computer-simulated and doesn’t involve live field training. There have been no known missile tests by North Korea since the start of the drills, although South Korean military officials have said the North is currently staging its own summertime exercises.

North Korea has long bristled at U.S.-South Korea military drills and often responds to them with its own weapons demonstrations. The allies in the past few years have canceled or downsized some of their joint training exercises to provide space for diplomacy or because of the COVID-19 pandemic.

Some analysts say North Korea’s recent threat may signal a resumption of its weapons testing. North Korea ended a yearlong pause in ballistic tests in March by firing two short-range missiles into the sea, continuing a tradition of testing new U.S. administrations with weapons demonstrations aimed at measuring Washington’s response and wresting concessions.

There haven’t been any known test launches since then as Kim has focused national efforts on fending off the coronavirus and salvaging a broken economy damaged further by pandemic border closures and food shortages.

This news has been sourced from https://www.military.com/daily-news/2021/08/23/bidens-special-envoy-urges-north-korea-return-talks.html