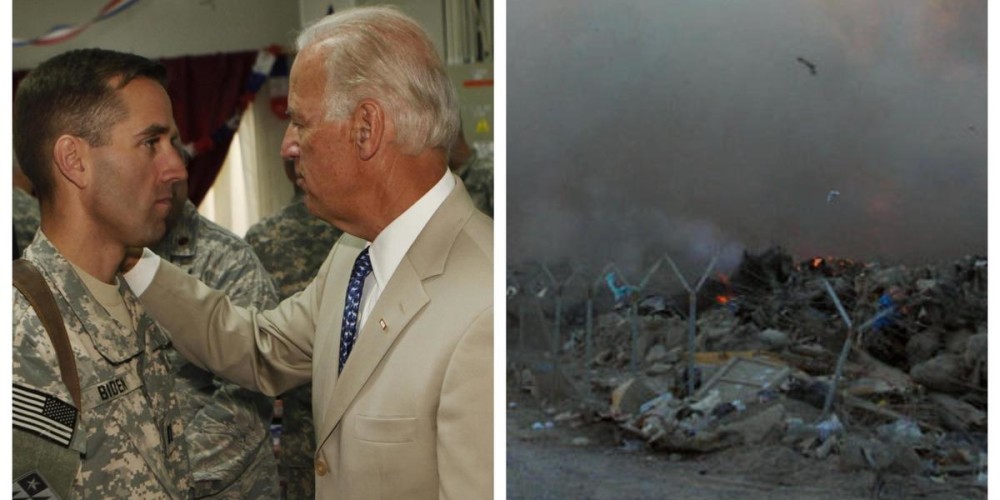 An initiative announced by President Joe Biden, whose son Beau was a veteran of the Iraq war, will help better understand, identify and treat medical conditions suffered by troops who have deployed to toxic environments.

In an announcement made recently, the Biden administration announced the development of a new program for veterans who were exposed to toxic waste in burn pits while serving overseas.

As stated by the administration, the goal is to assist more veterans receiving benefits, particularly those with constrictive bronchiolitis, lung cancer and rare respiratory cancers.

According to White House officials, the Veterans Administration now "will assume that a particular individual has been exposed to environmental hazards and the potential health consequences of that exposure."

This is a topic close to Vice President Biden's heart.

As of August, the Department of Veterans Affairs (VA) started processing claims for asthma, sinusitis and rhinitis. The White House declared that "presumptive conditions" would also now include "colic, constrictive bronchiolitis and lung cancers such as squamous cell carcinoma and salivary gland-like tumors of the trachea."

The White House reported that Biden has also directed the VA to provide recommendations on the presumptive conditions within 90 days. After that, the administration will add more health conditions and exposures.

Through public service announcements, live events and other outreach methods, the administration said it plans to enhance its data on individual exposures and increase awareness of the benefits of military exposures. The White House said it would establish a call center and a network of specialized providers.

Additionally, veterans currently have five years after discharge or release before filing claims related to service in Afghanistan or Iraq. The Biden administration seeks an extension of that period.