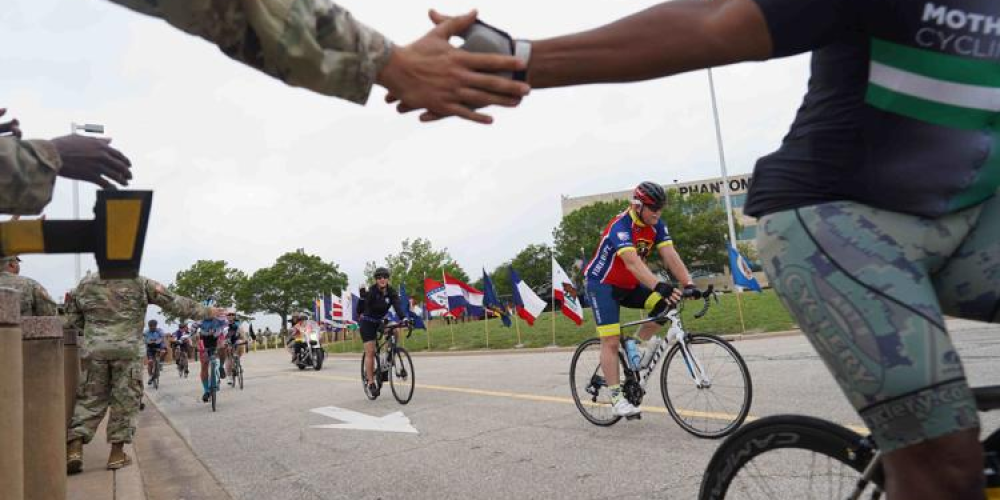 Bobby McDonald's contagious smile radiates as he recounts the extraordinary story of the 20 African-American soldiers and their White lieutenant. They pioneered the usage of bicycles in the United States Army.

The urge to get rid of slow-moving logistical wagons that would extend for 50-60 miles behind a Civil War-era army indeed prompted military planners to look into bicycles. Soldiers had to bring horse feed, and bikes allowed them to travel more silently without stopping at water troughs.

2nd Lt. James A. Moss got approval to form the 25th Infantry Bicycle Corps, the first of its kind, on May 12, 1896. The inaugural corps consisted of eight Black enlisted men who learned to ride in formation, drill, ford streams, and pedal 40 kilometers per day under Moss' supervision.

Now, McDonald and another Black veteran are organizing a ride to commemorate the historic first.

Reenactors in historical costumes will pedal replica bicycles along a section of the route constructed in 1897 to commemorate that ride. Unlike most cyclists who plan to bike five miles from Fort Missoula's Historical Museum to downtown Missoula, Erick Cedeo plans to bike the entire distance to St. Louis.

Missoula, Wallace, Idaho, and St. Louis will be hosting activities throughout the month. They will conclude their journey on July 24 with a celebration at the Soldiers Memorial Military Museum in St. Louis.

A committee of Black military veterans has planned the Iron Riders 2022 event for more than a year.

McDonald intends to overcome gaps by presenting the tale of the Buffalo Soldiers and the 25th Infantry Bicycle Corps.

"At least a part of our country has gone negative," he stated. "I enjoyed my time in the military... it didn't matter who you were, and that's something we've lost." Everyone has their own point of view, which is admirable, but there is no room for compromise. We can't even agree to disagree."