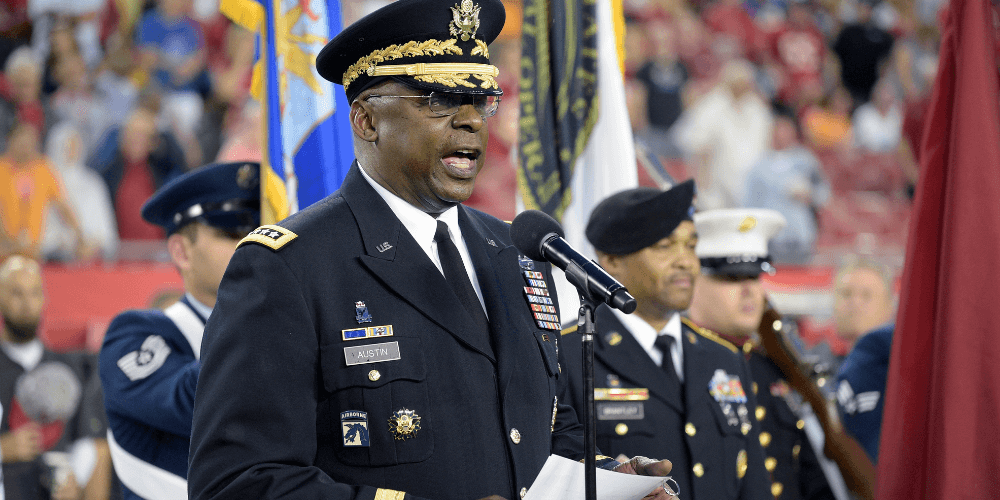 Defense Secretary Lloyd Austin, speaking in Singapore on Tuesday, recognized discrimination against Asian Americans and Pacific Islanders in the United States, but said that while the U.S. "doesn't always get it right," admitting its flaws is a unique characteristic of democracy.

Delivering the Fullerton Lecture at the International Institute for Strategic Studies, Austin also emphasized the importance of partnerships and transparency in the international community, namely countries in Southeast Asia.

"Our partnerships draw strength from our shared belief in greater openness, and our belief that people live best when they govern themselves," he said.

But "our democratic values aren't always easy to reach" and the U.S. "doesn't always get it right," the defense chief added.

"We've seen some painful lapses, like the unacceptable and frankly un-American discrimination that some Asian Americans and Pacific Islanders have endured in my country in recent months," Austin said.

Reports of anti-Asian hate crime rose dramatically in major cities during the first quarter of this year compared to the same period in 2020, according to a study by the Center for the Study of Hate and Extremism at California State University, San Bernadino.

The compilation of policing data, published in June, found that Asian hate crime reports in that period rose 262% in New York City, 80% in Los Angeles and 60% in Boston.

The university published a separate analysis in March that found anti-Asian hate crime in 16 of the largest U.S. cities had risen 145% in 2020. The analysis noted that "the first spike" of reports occurred in March and April "amidst a rise in COVID cases and negative stereotyping of Asians relating to the pandemic."

Vivid descriptions of attacks from across the country did not go unnoticed by the international community.

United Nations representatives expressed their "serious concern" after finding "racially motivated violence and other incidents against Asian-Americans have reached an alarming level across the United States since the outbreak of COVID19."

In one of several cases cited by the U.N., "an older white man pushed a seven-year-old biracial (half-white, half-Asian) girl from her bike in the park and yelled at her white dad: 'Take your hybrid kids home because they're making everyone sick.'"

"We aren't trying to hide our mistakes. When a democracy stumbles, everyone can see and hear it. It's broadcast in loud and living color, and not hushed up by the state."

America's willingness to admit its flaws "gives us the built-in ability to self-correct, and to strive towards a more perfect union," Austin added. "And when we come up short, when we stray from our Constitution's wisdom, we have a pretty good track record of owning up and trying to do better."

President Joe Biden signed legislation in May to address the rise of hate crime against Asian Americans. The bill aims to make hate crime reports more accessible to law enforcement officials and is expected to expedite reviews of hate crimes in the country.