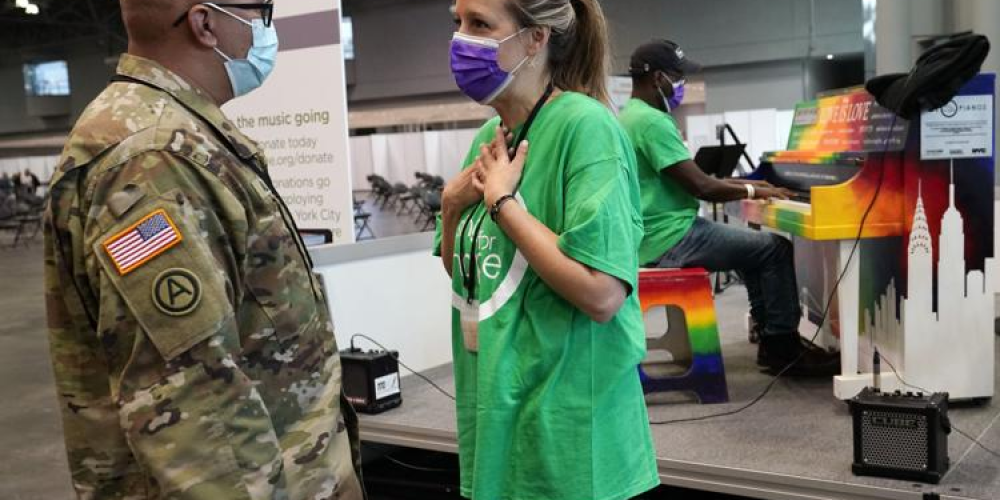 Up to 40,000 Army National Guard members nationwide, or roughly 13% of the force, have not yet received the required COVID-19 vaccination. As the vaccination deadline approaches, at least 14,000 have vehemently objected and may be discharged from the military.

Soldiers of the Guard have till Thursday to receive the shot. Additionally, data collected by The Associated Press show that more than 10% of Guard members in 43 other states still require vaccinations. In contrast, 20 and 30 percent of Guard members in six states are not immunized.

Guard authorities claim that states are trying to persuade soldiers to get immunized before the deadline. They also stated that they would cooperate with the roughly 7,000 people who requested exemptions, almost all of whom had religious motivations.

"Every soldier will be given a chance to receive a vaccination and continue their military service. According to Lt. Gen. Jon Jensen, commander of the Army National Guard, "we will continue to support every member who is pending an exemption through their process." "Until the separation paperwork is finalized and finished, we won't give up on anyone. Time is still available.

This complicates matters further because, depending on the laws of their states, Guard members serving on state-activated duty may not need to be immunized. They may be compensated by the state and employed for state tasks as long as they are still in the status of state duty.

Because these warriors have served their country and put in their time, we wanted to let them know what rewards they had earned, according to Evans.

Officials assert that they think the communication effort has been successful. According to Jensen, 1,500 soldiers nationwide move into the category of those who have received vaccinations each week. "As the deadline draws near, we anticipate seeing some significant growth."