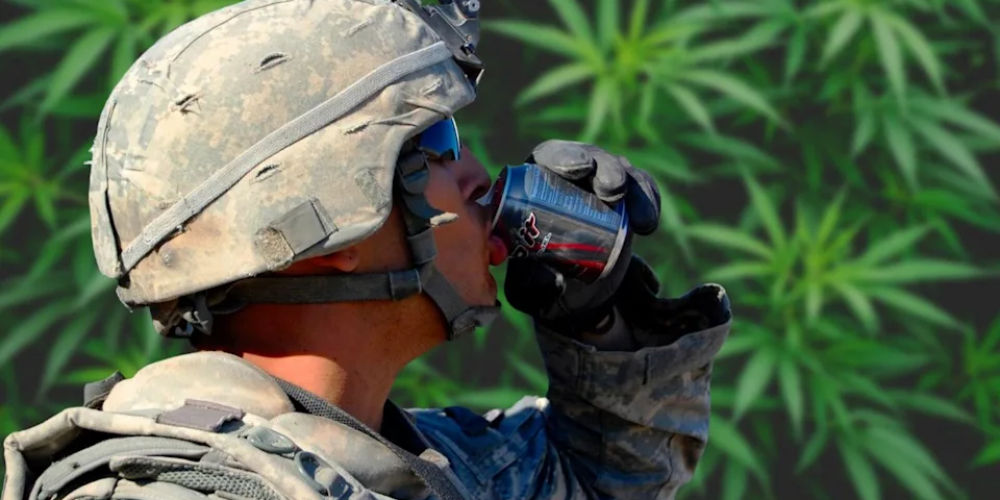 Rockstar is the latest in a long line of energy drink businesses to introduce a hemp-infused beverage to their lineup, allowing customers to unwind as they rage.

However, soldiers should be aware that these drinks can potentially make you test positive for drugs.

According to one expert, a single use of hemp products could trigger a positive THC drug test. Army spokesman Matt Leonard spoke on the subject.

"[Regulation] AR 600-85 bars soldiers from using hemp-derived products, including CBD, regardless of the product's claimed or actual THC concentration or whether the product can be legitimately bought, marketed, or used in the civilian marketplace," Leonard explained.

"At this time, no test exists to establish the source of Tetrahydrocannabinol (THC) in a urine sample to determine if it came from illicit marijuana or other goods like hemp energy drinks or CBD-infused items," Leonard noted.

"As a result, the only type of hemp goods approved inside the Army Substance Abuse Program, Army Regulation (AR) 600-85, are those utilized as a durable good (e.g., rope or clothing) to maintain the integrity of the Army's drug-testing program."

Soldiers should stay away from hemp unless you're taking up twine-braiding or going on a hippie homemade hemp clothes bender. Nevertheless, abstaining appears simple, and these drinks aren't exactly designed to keep soldiers alert.

Rockstar Unplugged, which comes in three flavors: blueberry, passion fruit, and raspberry cucumber, aren't designed to keep someone awake when they're tired.

As general manager for PepsiCo's energy division and chief marketing officer, Fabiola Torres describes it as a blend of herbs that can help us relax, not sleep.