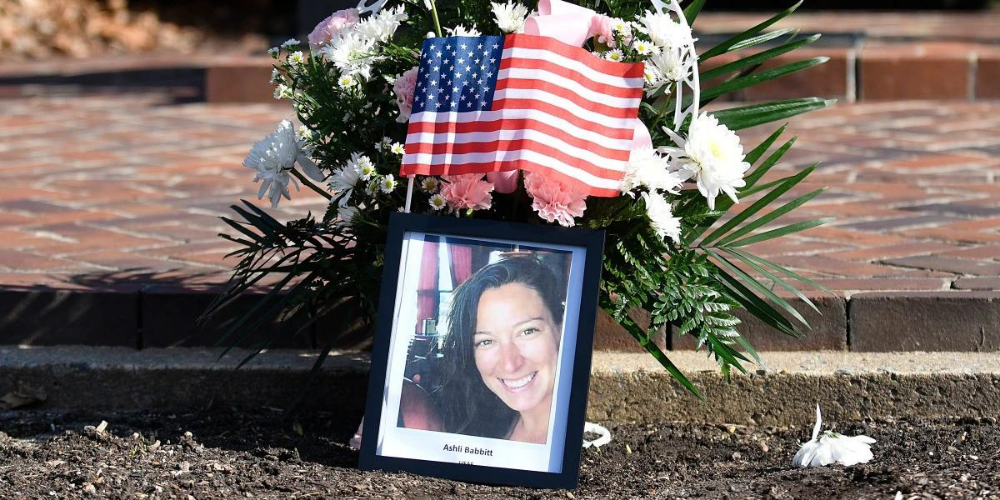 WASHINGTON — An officer who shot and killed a woman during the Jan. 6 insurrection at the U.S. Capitol as she began to climb through the broken part of a door leading into an area known as the Speaker’s Lobby acted lawfully and in line with police department policy, the U.S. Capitol Police said Monday.

Capitol Police announced the findings of their internal investigation into the fatal shooting of Ashli Babbitt on Monday. Officials said they had interviewed multiple witnesses and reviewed video and radio calls as part of the months-long probe.

Federal prosecutors also cleared the officer of any wrongdoing after an investigation into the shooting and did not publicly name him. Capitol Police, concerned for his safety, have also not released his name. The officer’s attorney, Mark Schamel, said his client is facing “many credible death threats” and other “horrific threats” and was forced from his home because of them.

The Associated Press is not naming the officer because of concerns for his safety.

Babbitt, a 35-year-old Air Force veteran from San Diego, was shot by the police lieutenant when she tried to climb through a door with the glass smashed out as she and others in the mob pressed to get into the Speaker’s Lobby outside the House chamber. She was unarmed.

Prosecutors said Babbitt was part of the mob that was trying to get into the House as Capitol Police officers were evacuating members of Congress from the chamber. The officers used furniture to try to barricade the glass doors separating the hallway from the Speaker’s Lobby to try to stave off the rioters, who kept trying to break through those doors, smashing the glass with flagpoles, helmets and other objects.

At the same time, Babbitt tried climbing through one of the doors where the glass was broken out. The officer, inside the Speaker’s Lobby, then fired a single round from his service weapon, striking Babbitt in the shoulder, prosecutors said.

Capitol Police said its office of professional responsibility – which handles such investigations – determined “the officer’s conduct was lawful and within Department policy.” The officer will face no internal disciplinary action.

The policy says an officer should only use deadly force when they reasonably believe their actions will be in defense of human life – either their own or another person who could be “in immediate danger of serious physical injury,” officials said.

This news has been sourced from https://www.military.com/daily-news/2021/08/23/internal-probe-clears-officer-capitol-riot-shooting-of-air-force-veteran.html