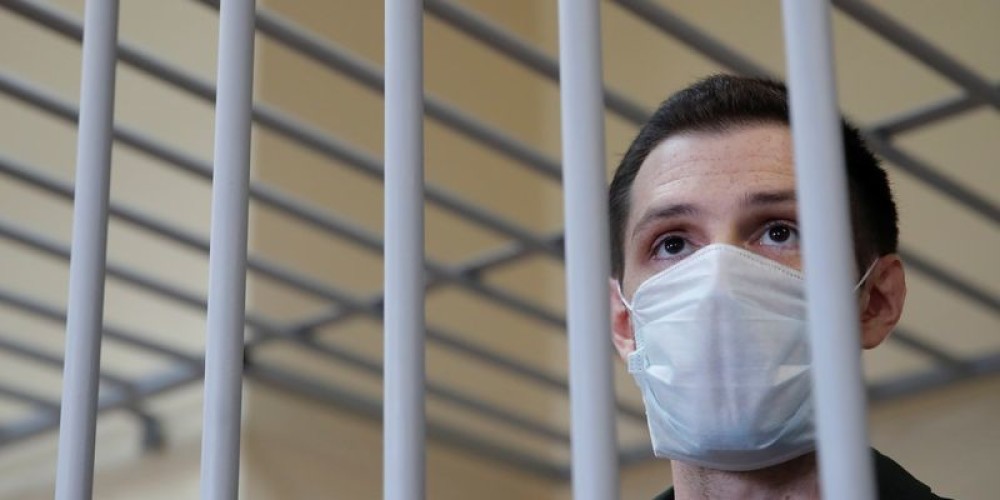 Reed is on a hunger strike in a Russian jail to protest being put in solitary confinement and not getting proper medical care despite fears he has tuberculosis.

After being convicted in the spring of 2019 of endangering the lives of two policemen while drunk, the 30-year-old Texas man is serving a nine-year prison term. He denied the charges, and the U.S. called his trial a "theatre of the absurd".

It was reported on Wednesday that Reed, who is in a prison in the Mordovia region, was exposed to an inmate with active tuberculosis last December, but that despite rapidly deteriorating health conditions, he had not been tested for the disease.

The inmate was placed in a hospital for 10 days, after which he was returned to the prison last week without having received "meaningful medical care" other than an X-ray that was taken incorrectly, investigators have said.

A lawyer for Trevor was able to talk to him on Tuesday and confirmed Trevor had begun a fast in protest of being returned to solitary while wounded, the parents said.

After his return, Trevor asked the authorities at the IK-12 gulag to send him to the hospital. He was sent to solitary confinement, they said.

In late 2015, Reed staged a hunger strike to protest his imprisonment and alleged rights abuses before calling it off almost a week later after losing weight.

His rights had not been violated, according to the Russian prison authority.